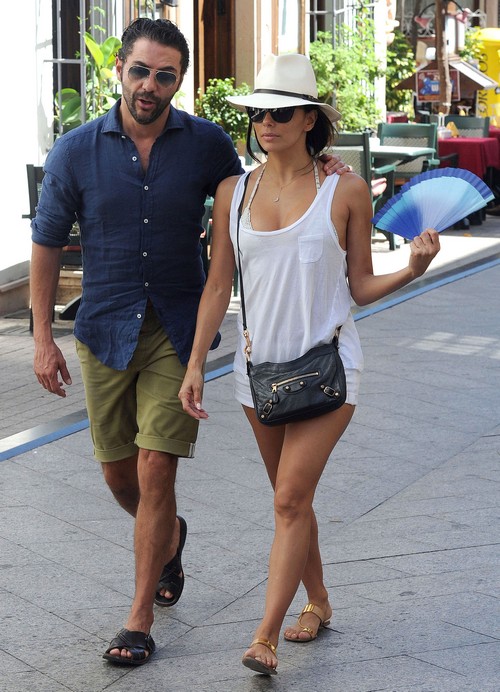 Jennifer Lopez hates being alone so this window of time between her split from Casper Smart to whenever she is officially linked to her next man is especially hard. Jen would rather be seen chatting with your man than have to have people say that she was flying solo at an event for an entire night. That’s the main reason why she has been momentarily been linked to several men, it’s just good for Jen’s ego. While sources say that at this point she really will date just about anyone to avoid feeling single, that doesn’t mean that there isn’t some strategy to it.

According to the Aug. 4th print edition of Star Magazine Jen was recently spotted out on a dinner date with Televisa network executive Jose Antonio Baston. The two seemed to be quite friendly in spite of the fact that Baston has been dating Eva Longoria for nearly a year. Jen has actually had an axe to grind with Eva for years now, ever since she was photographed sitting on Marc Anthony’s lap back in 2008. Apparently Jen didn’t appreciate Eva parking herself on her then-husbands lap and all of the media speculation that followed once those photos exploded online. Sources say Jen is always looking for an opportunity to get back at Eva and zeroing in on her man now would sure do it.

Officially Eva and Baston are still together but when they were spotted trudging through Heathrow Airport together on July 16th neither of them looked the least bit happy. Do you guys think that Jen will succeed at coming between Eva and her man? Does Jen really want him for herself or is she just attempting to wreck a bit of havic for Eva? Tell us your thoughts in the comments below!