Jennifer Lopez And Maksim Chmerkovskiy Flirting And Hooking Up – Cheating on Casper Smart? 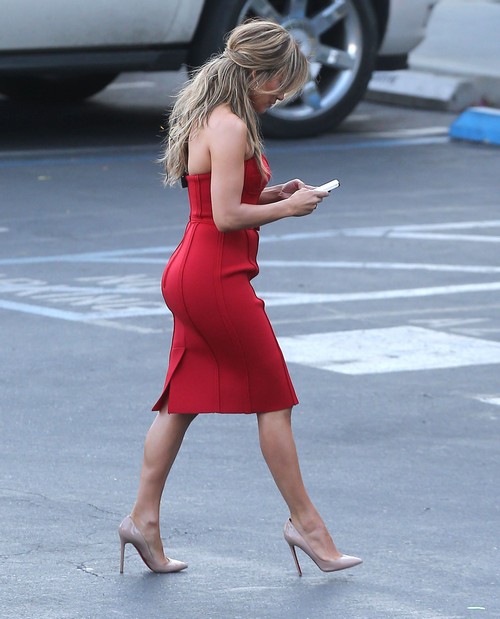 According to a new report from Life & Style Magazine, Jennifer Lopez and Dancing with the Stars pro Maksim Chmerkovskiy were spotted getting ‘cozy’ at an industry party recently. Jennifer Lopez has a reputation for dating way, way beneath her, so this is totally believable. In fact, Maksim actually ranks much higher than her recent string of boyfriends, especially Casper Smart.

Of course, we haven’t heard of any breakup between Jennifer and Casper, but let’s be real – that couple is already way past their expiration date.

A source tells Life & Style that Jennifer and Maksim were spotted at the Redbury Hotel on March 24th. The eyewitness source explains, “As soon as she arrived after 10 p.m., she began flirting with Maks while sitting next to him on a couch. At one point, he put his arm around her waist and they seemed to be locked in a very passionate conversation.”

Jennifer and Maksim have reportedly known each other for a while know, ever since they performed together at the 2013 American Music Awards. Obviously, their love of dance brought them together, much as it did Jennifer and Casper. I would say it’s only a matter of time before Jennifer dumps Casper and moves on to her next victim, uh, I mean, her next boyfriend.

In the past, Jennifer’s never gone long in between relationships, so it could be that she’s already eyeing Maksim as a replacement for Casper Smart. Would that be an upgrade? I say yes. What about you?

Do you guys think Jennifer should dump Casper for Maksim, if she hasn’t already? Or should she forego either of them and look for someone else? Let us know your thoughts in the comments below.