John F. Kennedy Jr. and Madonna Had An Affair – Report 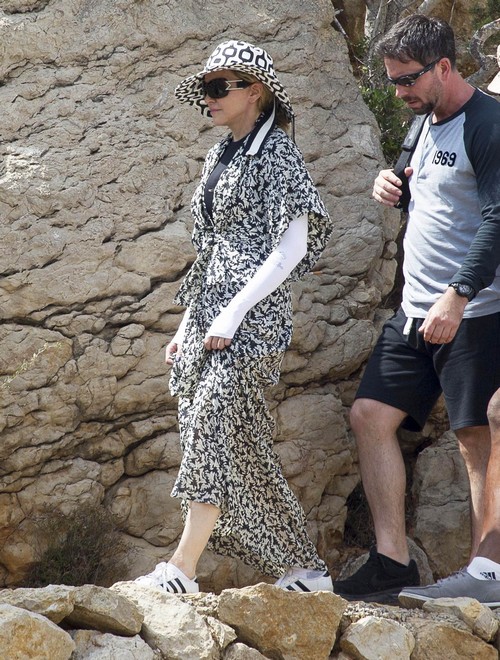 Like father, like son. John F. Kennedy Jr. was as notorious as his father for his womanizing and philandering ways, something that his mother, Jackie Kennedy, turned a blind eye to. It’s unfortunate considering that she had to deal with her husband’s infidelity, but I suppose a mother tends to overlook her son’s faults, no? And in addition to the numerous starlets and movie stars and models and actresses that JFK Jr. hooked up with, he supposedly had a passionate fling with none other than Madonna herself in the 80s.

In a new book titled The Good Son: JFK Jr. And The Mother He Loved, some of John’s affairs are detailed, even though most of the book focuses on the relationship between John F. Kennedy Jr. and his mother, Jackie Kennedy. The biggest surprise affair is obviously John’s relationship with Madonna, considering that she was still embroiled in an on-again/off-again [and very volatile] relationship with Sean Penn at the time.

John apparently told his friend Billy Noonan about the affair, explaining that Madonna was a ‘sexual dynamo’. There’s a ton of details about the affair in the book, including some bits about how John knew that Madonna was still technically married to Sean Penn at the time. Not only that, but JFK Jr. also had a girlfriend at the time, but that’s putting it mildly since he cheated on her every chance he got. In addition to that, there’s some fun anecdotes about how JFK Jr. even met Sean Penn, but Sean hated his guts because he knew about the affair with Madonna. We know from past stories and details that Sean and Madonna had a very violent relationship, and Sean was insanely possessive and jealous when it came to Madonna. Understandably, he hated JFK Jr.’s guts for that very reason, although the affair allegedly didn’t last very long. Still, is there a movie star or celebrity that didn’t sleep with JFK Jr. in the eighties? The apple clearly doesn’t fall from the tree, even a rotten tree.

What do you guys think about this John F. Kennedy Jr./Madonna affair? Let us know your thoughts in the comments below.