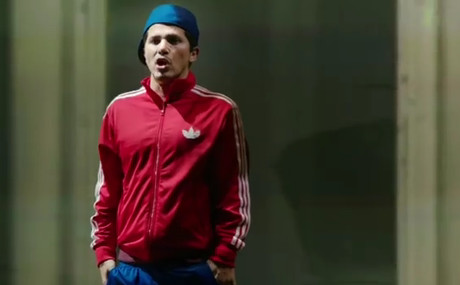 Funny man John Leguizamo is returning to HBO for his fifth HBO special. In his show, Ghetto Klown, John adapts his one-man solo show for the small screen. The show comments on the hilarious, and at times touching, experiences Leguizamo has undergone in his personal and professional life. If you’re a fan of this comedian and actor, then you’re not going to want to miss this one-man-show-filled-with-crazysauce, which airs Saturday, March 22 at 10 est.

Here’s a bit more about the show: GHETTO KLOWN was taped last November at the New Jersey Performing Arts Center in Newark. Leguizamo tells audiences that the show is like therapy and spins a “cautionary tale” that begins with childhood memories, continues through the early days of his acting career, and arrives on the sets of well-known TV series and major motion pictures, while addressing his recurring feelings of self-doubt, negativity and depression.

Take a look at the clip below and let us know whether or not you’ll be tuning in. Written by Leguizamo himself and directed by Fisher Stevens, the same man who directed the national Broadway tour, this show’s going to be a laughing good time.