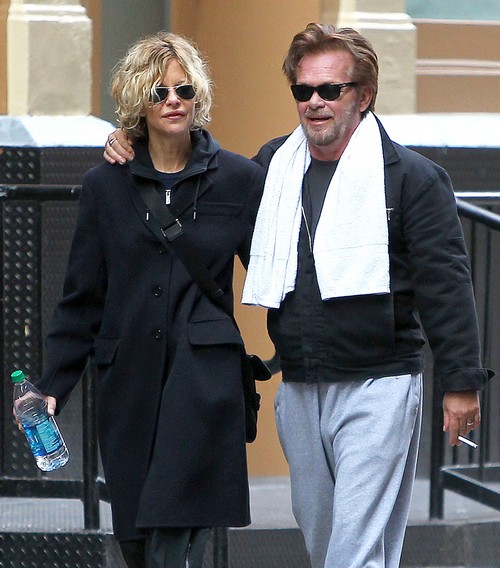 John Mellencamp and Meg Ryan could be getting back together, especially if John has his way. According to the National Enquirer, John is desperate to start dating Meg again, even if it means that he has to move to NYC. For those keeping track of the John – Meg breakup situation, you’ll remember that John and Meg broke up because of ‘distance’ issues. That’s just a polite way of saying that they weren’t ready to fully commit to each other, but clearly John’s had a change of heart. Losing your A-list ticket to fame will do that to a guy.

Besides, John Mellencamp is 63 years old and Meg Ryan is 52 years old, and they’re not getting any younger. But since Meg lived in NYC and John lived in Indiana, the two couldn’t make their relationship work past a few years. They started dating in 2010, but earlier reports claimed that they were getting serious, which led to John getting cold feet and jumping ship before it got too late. However, the rocker clearly realized that without Meg, his fame quota is at a nil – and perhaps he also realized that he missed her and wanted to get back together with her. In cynical terms, John probably wants to leverage his Meg Ryan connection, but in un-cynical terms, maybe he just really, really wants to settle down – finally.

The Enquirer’s source says as much, adding, “Both Meg and John are at the point where they are very set in their lives and they each have their own worlds. But they still love each other and John is willing to compromise now. He realizes how much he misses her and desperately wants Meg back in his life. John’s not willing to call it quits!”

How nice. Thanks to this ‘source/John Mellencamp’s PR team’, we know that Meg Ryan and John Mellencamp are probably getting back together.