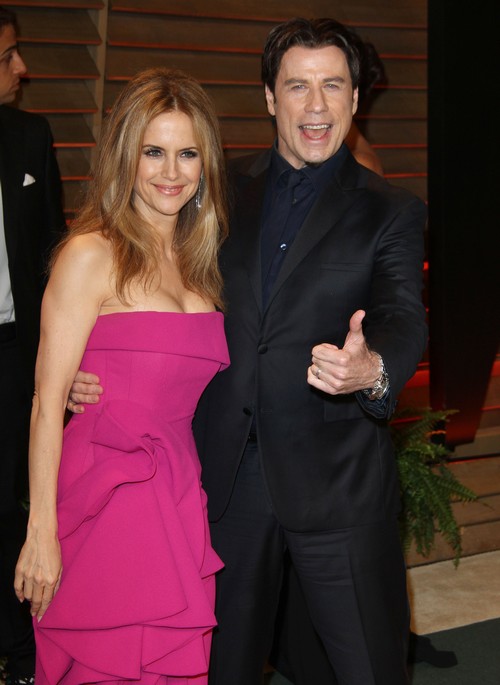 It has been awhile since we have heard about John Travolta’s antics, right? That doesn’t mean that the actor has been behaving himself though it just suggests that his most recent accuser allegedly refused to accept a wad of cash to buy silence. The current allegation puts Travolta in a hotel room in Rochester, NY in June of 2010. According to the April 21st print edition of National Enquirer the actor ordered an in-room massage and when the masseuse arrived he was allegedly groped, encouraged to drink with Travolta and propositioned by one of the actor’s personal staff.

The accuser claims to have proof of injuries that were the result of this encounter and he is suing Travolta for alleged “sexual assault, battery, harassment and other claims.” Around the time of the Oscars when Travolta was insulting Idina Menzel his legal team was allegedly offering the accuser 15 grand in “nuisance” money to drop the suit and go away. He refused the offer and insists that he has evidence and a witness to back his claims.

It looks like this one isn’t going to disappear like all of the others have and Travolta’s wife of 23-years, Kelly Preston is as furious as ever. But then that is how she has spent the majority of their marriage, right? Embarrassed and feeling disrespected by her husband and his careless ways. All of these stories about Travolta end up being pretty similar and none of the accusers have met. That pretty much tells me all that I need to know. Do you think that John will end up in court for this one or will he raise his price tag and be willing to pay out more cash just to make it go away? Tell us your thoughts in the comments below!