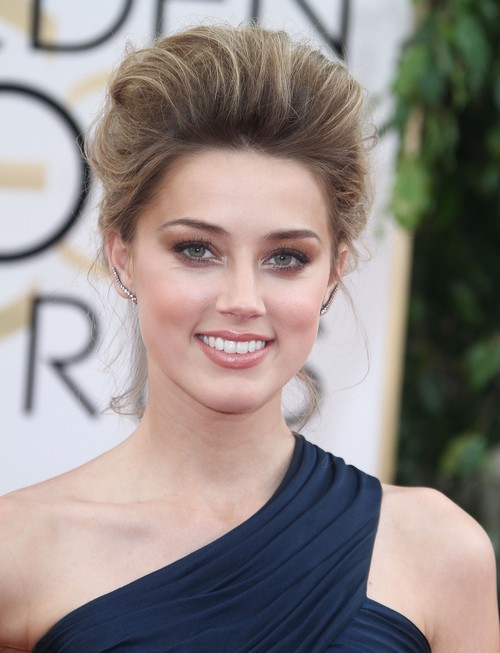 Although Johnny Depp has always been a private man, People Magazine has already started speculating that he’s engaged to Amber Heard because of a huge rock that Amber’s reportedly sporting on her finger.

Apparently, Amber was doing everything she possibly could in her power to avoid anyone seeing her hand while leaving Argo restaurant in West Hollywood recently. In fact, she so badly didn’t want anyone to see her hand that she even had a valet driver open the car door for her.

Hmm. Does this sound like Amber Heard and Johnny Depp to you? First of all, Johnny proposed, and to him, love isn’t something he wants to keep quiet. Unless he’s ashamed of Amber Heard, what reason does he have not to reveal the news to the public? Sure, you can claim privacy, but it’s the type of privacy that Johnny can easily get if he wants. I mean, this is People Magazine, so it means that both Johnny’s and Amber’s people were alright with this report being out there – which also means that it does have a possibility of being accurate.

Also, Amber seems to have gone through a painstaking procedure of hiding her hand while leaving the restaurant. Sure, it all seems like really hard work for a very simple task – either don’t wear the ring or stay  home – but it’s nonetheless slightly famewhorey. By hiding the ring, you’re ensuring that people will talk about it, whether in a positive context or negative context.

What do you guys think? Could Amber and Johnny have finally given in and gotten engaged? I mean, I don’t know how much more serious their relationship is going to get, so I guess it’s about time. Let us know your thoughts in the comments.