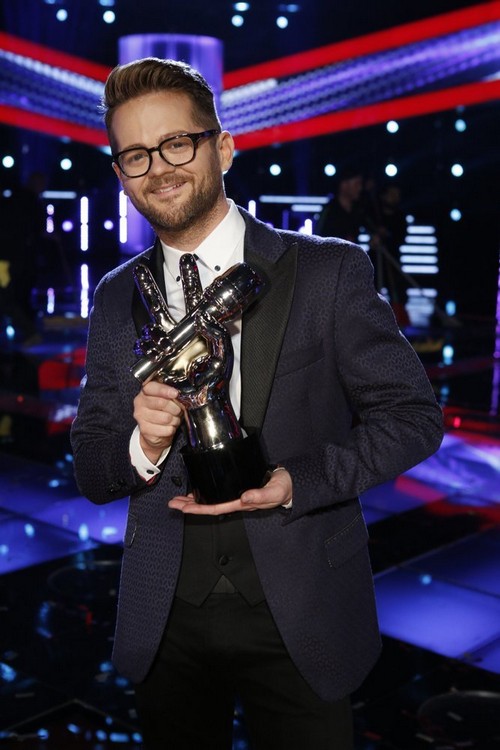 Tonight on NBC the Emmy award winning music competition The Voice will air its Live Eliminations, vocalists with the least number of votes are revealed. At the end of the evening we will find out which of the two contestants were voted off Season 6 of The Voice.

On last night’s episode show the remaining three artists performed: Josh Kaufman, Christina Grimmie and Jake Worthington performed live in front of coaches Adam Levine, Blake Shelton, Shakira and Usher. America voted to give their favorite artist a chance to win in the finale; one artist will become one step closer to being named “The Voice.”  Each contestant performed two songs each. One of the songs were selected by contestants’ respective coaches and the other one by America via online poll.  The night was also witnessed performances by the four coaches; Adam Levine, Shakira, Blake Shelton and Usher.  Did you watch the episode?  If you missed it we have a full and detailed recap, right here for you.

On tonight’s episode  one singer will be crowned, “The Voice” and the show will have an amazing lineup which includes, “The Voice” Season 6 (2014) Battle Round 2’s mentor Chris Martin’s band, Coldplay. This will be the first time the band will be performing on the show’s stage. They are expected to perform a single from their latest and sixth album, “Ghost Stories.” Former “Voice” mentors Ryan Tedder and Ed Sheeran will also make a comeback during “The Voice” finale. Joining Ed Sheeran and Ryan Tedder’s One Republic during the gala night is country singer Tim McGraw.

Tonight’s Live elimination will see one of the two hopefuls going home and one named the winner of Season 6. We’ll be blogging the results right here for you. In the meantime hit up the comments section and tell us your thoughts on who should be voted out.

Well as we mentioned in the title Christina Grimmie for third place, second place went to Jake Worthington and the ultimate winner of The Voice USA 2104 was Josh Kaufman!