Juan Pablo and Nikki Ferrell Get Married in Las Vegas After The Bachelor Confesses He Loves Her? 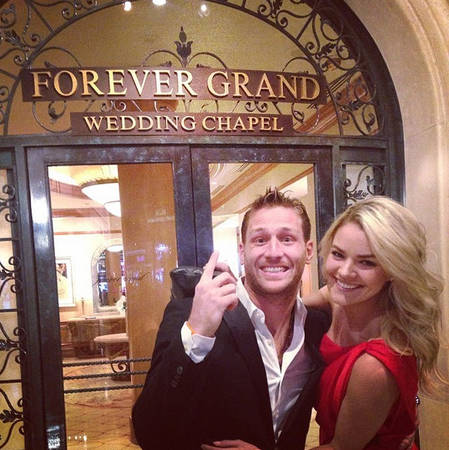 Juan Pablo and Nikki Ferrell are still in the midst of their ‘Look at us, we’re still together!’ tour. However, the minute interest seemed to be waning, they decided to cook up some extra intrigue to keep the publicity machine working.

Juan Pablo and Nikki were in Las Vegas this weekend for several parties [that they were paid to attend], and where did they decide to pose? The Forever Grand Wedding Chapel at the MGM Grand, where else? They know that the only sure-fire way to keep people interested [especially after the disaster that was the Bachelor finale] is to get them talking about marriage, and that’s exactly what they did.

Now, I know what you’re thinking – how can they get married when Juan hasn’t even told Nikki that he loves her? Ay, but he did tell Nikki he loved her this weekend. Or at least, that’s what he wants you to think. ‘Sources’ told US Weekly that Juan Pablo has finally told Nikki the magic three words, claiming that ‘skyping’ and ‘texting’ is bringing them closer every day – or you know, the magical promise of fame and money.

So we’ve got an ‘I Love You’ utterance and a wedding chapel selfie on the same weekend. Coincidence? I think not. Juan Pablo and Nikki are definitely cooking something up. The only question is – are they going to get hitched any time soon, or is this once again a run around to nothing happening?

What do you guys think? Will Juan Pablo propose to Nikki in the near future? Let us know your thoughts in the comments below. 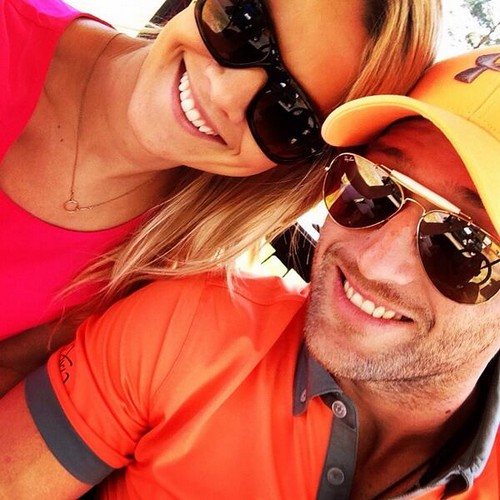