BY Cate Meighan on April 5, 2014 | Comments: one comment
Related : juan pablo, The Bachelor 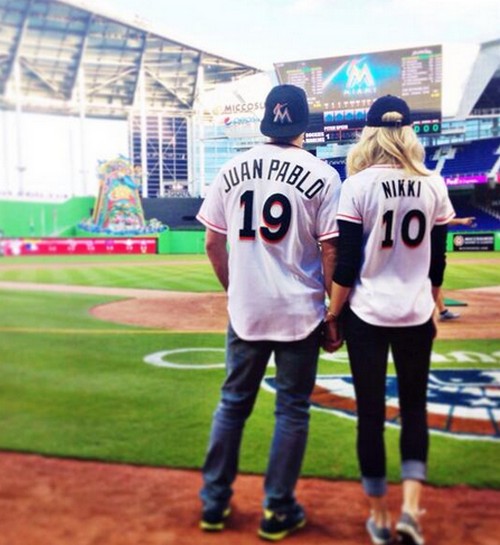 It’s really starting to sound like Nikki Ferrell has bought into the BS that she and current Bachelor decided to spin. When he handed her that final rose and announced to the world that he “Really, really” likes Nikki, Juan Pablo seemed to land himself in the ABC douchebag hall of reality tv fame. Ironically, he refused to keep up appearances while episodes of the Bachelor were airing and instead of laying low we often saw Juan Pablo partying with strippers. But once the final episode aired he decided it was time to milk the faux relationship for all it was worth. Nikki had to be smart enough to see how fake he was but for whatever reason (cold hard cash no doubt) she went along for the ride.

Unfortunately it looks like after living the lie Nikki has started to actually believe that she and Juan Pablo will have their version of happily ever after. According to the April 14th print edition of Life & Style magazine Nikki has even begun planning their wedding! In fact Nikki has established a dream wedding Pinterest board entitled “My Someday Wedding.” Of course not only is Juan Pablo not involved, but he has no idea that his kinda sorta girlfriend is even making any kind of plan!

How far do you think that Juan Pablo is willing to go before finally pulling back from Nikki and deciding that he can’t play along any more? If she is planning her perfect wedding do you think that Juan Pablo would ever in a million years go along with it and actually swap vows? Would he do it if he thought there was a major payday in it for himself? Can you imagine these two ever tying the knot? Is Nikki crazy to be investing in this showmance? Tell us your thoughts in the comments below!