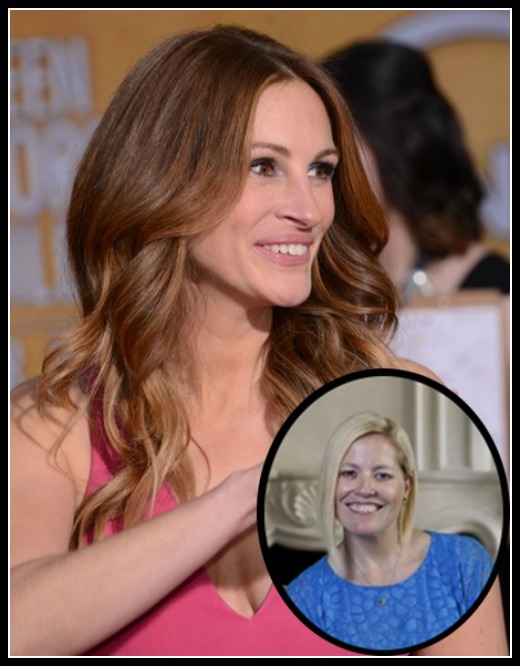 Oscar Winner Julia Roberts has received nothing but backlash since her half-sister Nancy Motes was found dead after an intentional drug overdose in Los Angeles on Sunday, February 9th. According to NY Daily News, there is no question that Motes’ overdose was a suicide, the troubled sister of Julia Roberts left a five page long suicide note. And, three of those five pages were directed towards Motes’ sister Julia and blaming her for the suicide. Motes was no stranger to the tabloids though, last Summer she actually gave a tell-all interview regarding Julia Roberts, and on Twitter she stated “America’s Sweet-Heart Is A B—h!” in reference to Julia Roberts.

The media and general public have been shocked by the death of Julia’s sister, and the new light we all see “America’s Sweetheart” in. But, is Julia Roberts really the monster that her sister claimed she was? Or, is Nancy Motes struggling from severe drug problems, emotional issues, and some serious jealousy toward her sister?

We spoke with a childhood friend of Nancy Motes, who claims to have grown up in Georgia right next door to Nancy and her family. According to our exclusive source, Julia is not to blame for Nancy’s death. If anything, Julia Roberts actually tried to help save her troubled sister Nancy Motes!

Here’s what Nancy Motes’ neighbor had to say about her relationship with her sister Julia Roberts:

“I lived down the street from Julia’s Robert’s mom. I was friends with Nancy for several years. I’ve been to her mom’s house plenty of times Halloween, Christmas parties, Nancy’s Birthday, even dog sat for her while her and her mom were in Taus visiting Julia and so on. Nancy was a nanny then and would always offer to watch my daughter. She was great friend. From what I knew she had a drug problem (won’t lie, did drugs with her) and Julia sent to her to rehab a couple of times to the tune of 30,000 a trip. I think it’s a shame that she is now saying these things about Julia when Julia was obviously trying to help her and felt like she just wasn’t being handed enough. She lived in the basement and couldn’t seem to get her shit together and finally Julia quit trying. It’s always easier to blame someone else for our own downfalls.”

It sounds like Julia Roberts had tried to help her sister Nancy Motes get her life together more than once. But, anyone who has a family member with a drug problem can tell you, you can’t help someone until they are ready to help themselves.

Nancy Motes was a troubled woman with a lot of problems, but according to our exclusive source, Julia Roberts was not the source of Nancy’s problems.