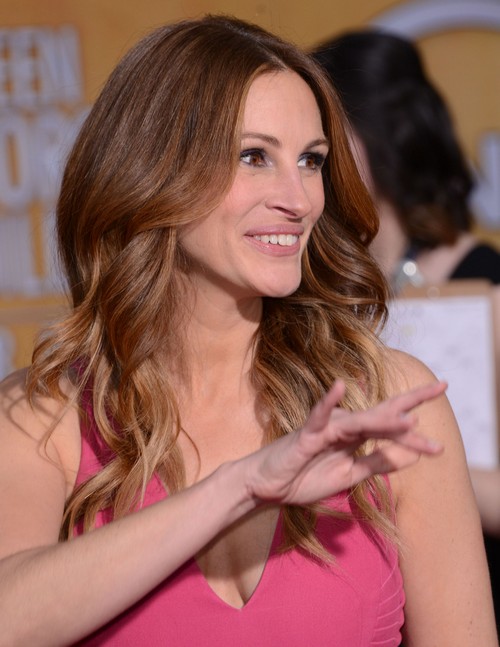 We knew last summer that Nancy Motes was at odds with her step-sister, Julia Roberts but it seems like the feud was really an open-ended kind of thing. Motes was found dead in a bathtub by her fiance on Sunday and the L.A. County Coroner’s office is treating it like a suicide. There were prescription pill bottles nearby and upon doing a bit of digging I’ve learned that Nancy was suffering from back pain last fall and underwent a spinal tap and a lumbar puncture. According to her Twitter feed she was suffering from a lot of pain and repeatedly mentioned her meds that she was taking.

As far back as October Nancy was also taking shots at her unsupportive family, meaning Julia. One very recent tweet in particular stated that “America’s sweetheart is a b***h” leaving us little doubt as to her feelings towards Julia. She had previously spoken about being bullied by Julia for most of her life over her weight and how she really had hoped that after losing 100 pounds her step-sister would stop appearing to be so disgusted by her. Instead she was still treated badly ans shunned and so that’s when she took the hurt public.

Here are a couple of Nancy’s desperate tweets:

A family that loves & accepts me. Doesn’t throw shade my way. Forgives me for my mistakes & loves me for who I am.

It’s a shame when you get more support from strangers than you do from your family. I can’t wait to officially belong to another family!

It appears that Nancy spent months on prescription drugs and did little to hide her depression over the dismal family situation. That makes me kind of think that the writing was on the wall here. I mean didn’t Julia see that this could be the way things would end up and why was it so hard to drop her ice queen schtick to be kind to her step sister? Julia hasn’t been seen since the news of Nancy’s suicide broke. Do you think she’s feeling any remorse for the way that she treated Nancy or is she simply afraid that people will attack her for her lousy behavior? Why not come out and face the music Julia? Tell us your thoughts in the comments below!