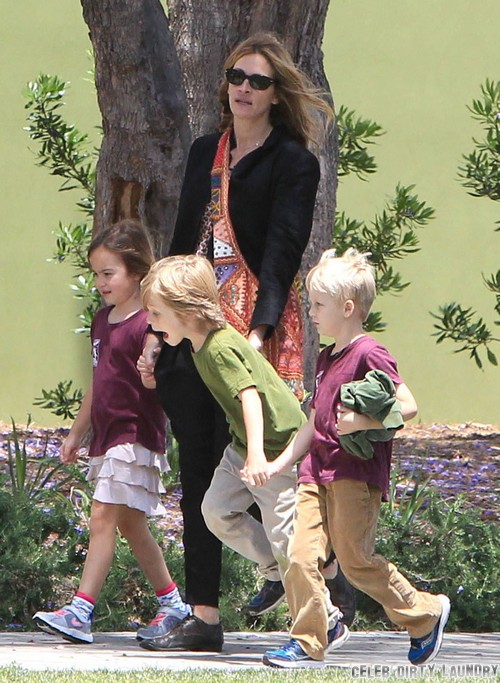 Julia Robert’s step-sister, Nancy Motes seemed to be quite the troubled soul. She had weight issues, addiction problems and bad taste in men. This was all documented long before she was found dead in a bathtub in L.A. On Sunday. According to the L.A. County Coroner’s offices Motes was found surrounded by prescription pill bottles and they believe she intentionally overdosed. As of now her death is considered a suicide and not an accidental drowning. The story has been broadcast all over the place and Motes’ family issued a statement claiming that they are all absolutely devastated by the loss, but is Julia really that crushed?

Last summer after undergoing drastic surgery to lose 100 pounds Motes believed that getting herself healthy would be the key to a relationship with Julia. Instead she was still bullied and at that point Motes decided to talk to the press and clue everyone in to what kind of poor relationship she had with her stepsister. She talked about how Julia had bullied her for most of her life for being overweight and how desperately she wanted to have a real relationship with the actress. Now obviously, bad mouthing Julia to the press wasn’t going to make that happen but by the time Motes decided to talk she had kind of given up on it ever happening.

“When I was in high school and she was an adult, she would just let me know that I was ‘definitely overweight,’ ” she told the British newspaper The Sun. “She would make it quite clear to me — and in a not-so-nice manner.”

“When you’re in a family of very, very exceptionally beautiful people, it’s intimidating,” she told the paper. “I think that growing up as Pretty Woman’s little sister has definitely made me try to see the person inside and not the person outside.”

Motes once harbored her own Tinseltown dreams. After finishing school in 1995, she moved to LA, but her Oscar-winning sister, who has a different dad, was not supportive, she said.

“Julia did not want to see me go down that path, mostly because I was overweight,” Motes said.

Motes eventually gave up. She was set to marry John Dilbeck, who found her in the tub at about 2 p.m. Sunday, in May.

Fans have long tried to put Julia up on a pedestal as kind of the all American girl next door while Hollywood insiders have insinuated that she’s not all that sweet after all. No one comes right out and slams her exactly, but they don’t shove her onto a pedestal either. So why have we all kind of conveniently forgotten that this woman is now dead and part of the reason may be because of the chronic bullying? Instead it has turned into “poor Julia”. Well yes, the loss is incredibly sad but would a bit of kindness have prevented it? Tell us your thoughts in the comments below!