Justin Bieber And Ariana Grande Hookup For New Duet Collaboration – He’s Using Her To Save His Career! 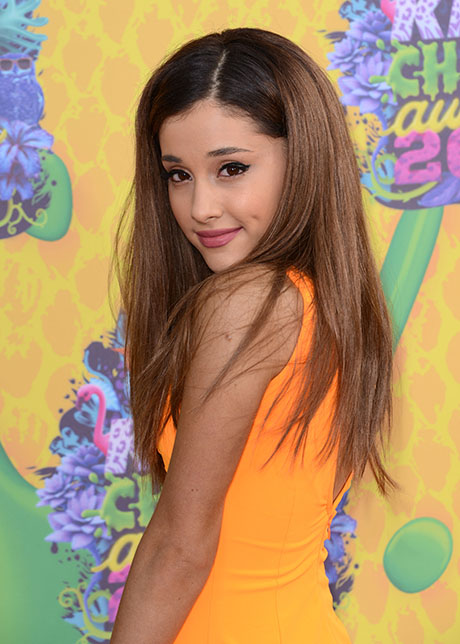 It looks like it’s finally going to happen. After much speculation of “will they/won’t,” it has been confirmed that Ariana Grande and Justin Bieber have hooked up. On a song that is. The two pop stars have collaborated on a duet. Justin teased the duet last night with a Tweet. He congratulated Ariana on her new song, “Problem,” with Iggy Azalea. He included the hashtag #arianabieberduet and a link to an Instagram photo with him and Ariana working in the studio. #arianabieberduet was trending soon after.

Ariana basically confirmed the duet in a tweet. “Thank u justin!! secrets out now,” she wrote. However, she officially confirmed it to Ryan Seacrest this morning. She even revealed that Justin wrote the song himself.

Pop’s rising diva is having a great week. “Problem” is number one in several counties on the iTunes chart. It even became the fastest record to reach number one in the chart’s history. It reached the top spot just 37 minutes after being released. It is projected to exceed 300,000 downloads in its first week.

Ariana was also caught kissing her ex, Jai Brooks, backstage at the iHeartRadio Music Awards last night. The two dated for 11 months and broke up last July just as her music career began to take off. She then dated The Wanted band member Nathan Sykes for five months. A number one song and a rekindled romance all in one week.

But is teaming up with Justin Bieber really a good idea? Ariana has such a sweet and innocent person. Her signature style is a half up/half down ponytail and baby doll dresses. And don’t forget she is still a Nickelodeon star. Her show Sam & Cat is one of the most popular shows on the network and she recently won the Nickelodeon Kids’ Choice award for favorite TV actress.

Justin Bieber has quickly become music’s bad boy. The arrests and the ego is tainting his once squeaky clean image. It makes me wonder if he’s using Ariana’s success and likability to get back into our good graces. The two do share the same manager. I wouldn’t be surprised if Scott Braun set this duet up to make sure both his top clients remain profitable.

However, 20-year-old Ariana may not be as innocent as her Nickelodeon alter ego. She’s been letting her hair down a little (literally and figuratively) and she also revealed to E! News that she’s most attracted to bad boys. 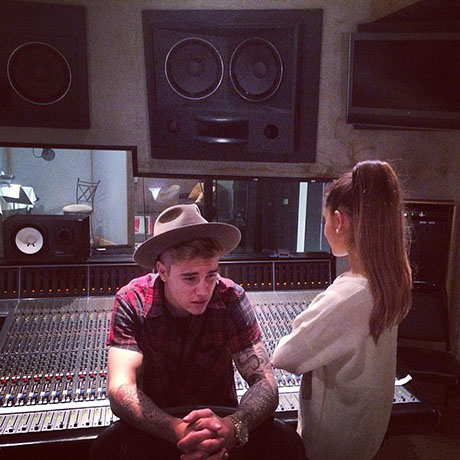 “I like funny boys, I like a bad boy. I tried the good boy thing for a minute and I was like oh my gosh.” Justin Bieber certainly has become a bad boy. She also collaborated with Chris Brown earlier this year. However, the release date was pushed back due to Chris’ jail and rehab stints.

“I did a really cool song with Chris Brown called Don’t Be Gone Too Long, and that’s his single, so technically I’m featured on his, but it became like a duet. We both sing the whole thing together.”

She must really like bad boys. With the success Ariana is currently having, a Grande/Bieber duet will most likely be hit. But will it save Justin Bieber’s career? Is he just using her? What do you think about the Justin Bieber/ Ariana Grande duet? Join the conversation and tell us what you think.