Will Justin Bieber Be Deported To Canada After Police Raid? 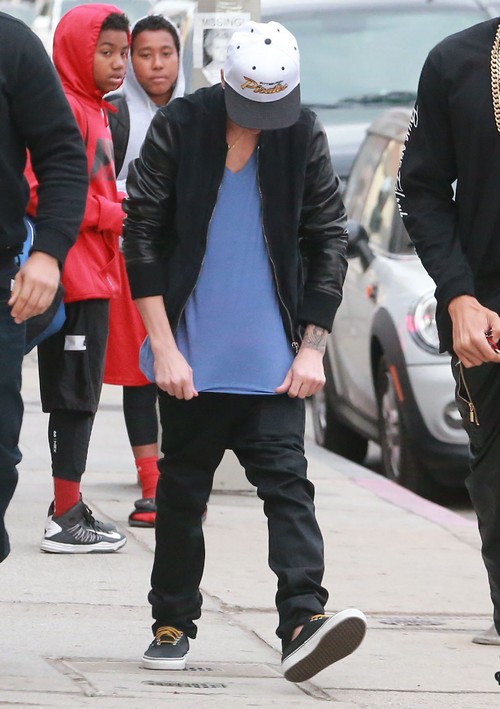 So much for Justin Bieber being completely clean, huh? After the surprise police raid on his house this morning, resulting in Lil Za‘s arrest for drug possession, Justin’s status as an upstanding citizen of the law has been brought into question. Well, to be completely honest, it was always in question, but he never really had to pay serious consequences for breaking the law – and that might all change now.

Lil Za was arrested for felony possession of drugs, but the big question is what will happen to Justin. The initial raid was conducted because of Justin’s felony vandalism case, where he wrecked his neighbor’s house by egging it and causing thousands of dollars worth of damage. However, the police went to his house looking for evidence of the egg attack, and instead found drugs in his home. Sure, the actual possession charges were on Lil Za, but it was still Justin’s house. Plus, it’s not like he’s going to get away with the vandalism charge either, not when the cops are so determinedly pursuing this.

So with all this evidence building against Justin, what’s the worst that can happen to him? Keep in mind, he’s not a U.S. citizen. He’s in the US because of his career, and his visa can easily be taken away from him if he gets arrested on a federal felony charge – which the vandalism case is in danger of bringing him. There’s a high possibility that he’ll get deported if this continues to get more serious, what with the vandalism and the drugs.

What do you guys think? Do you believe that Justin will be deported, or do you think he’ll once again get away with a light jail sentence and no further repercussions? Let us know your thoughts in the comments.