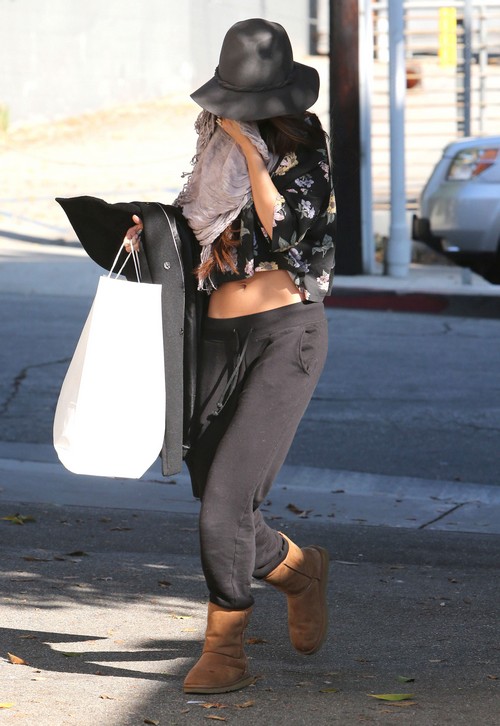 So much for an amicable breakup. According to TMZ’s sources, Justin Bieber is telling his friends that ex-girlfriend Selena Gomez is an alcoholic drunk that couldn’t hold her drink, and he pretty much hints at her rehab stint being her own fault. Puh-lease, as if he’s so much better off.

When it was first reported that Selena was going to rehab, a lot of ‘sources’ claimed that it was because of Justin’s bad influence. However, it looks like Justin is using TMZ to set the record straight. According to him, Justin and his friends find these ‘bad influence’ claims very funny because Selena would always be the drunk at all his parties. Apparently, Selena was very ‘competitive’ every time he had a party, often outdoing the guys with the smoking and drinking, even if it caused her to get wasted and embarrass herself.

However, Justin also claims that it’s Selena’s parents who are behind all these reports, and that they’re trying to pin the rehab thing on his influence so Selena’s image doesn’t get damaged. I mean, what’s easier than pinning this whole mess on a scapegoat who’s already become the media’s punching bag, right?

But you know, what Justin might actually be right about that part. In addition to a sudden influx of  reports blaming Justin’s ‘bad influence’ for Selena’s rehab, the timing was of the reports was also very coincidental. I don’t think it was an accident that all these reports were released at the same time, just when Selena’s character was being questioned. Also, Selena broke up with Justin long before she went to rehab, so how could he have been the cause of her problems?

As much as I hate to admit it, the whole thing reeks of a set-up, and I can see why Justin would want to clear his name. I’m not quick to defend him on anything at all, but it definitely looks like Selena’s trying to find anyone and anything to blame for problems that were caused by her own stupidity and lack of insight.

Justin also adds that he’s glad he broke up with Selena, and that she was too ‘high maintenance’. Ok, that part is just bad manners. But then again, I guess this is his revenge. Plus, compared to his stripper girlfriends, I’m sure she does seem like high maintenance, and I’m sure that had a lot to do with their breakup.