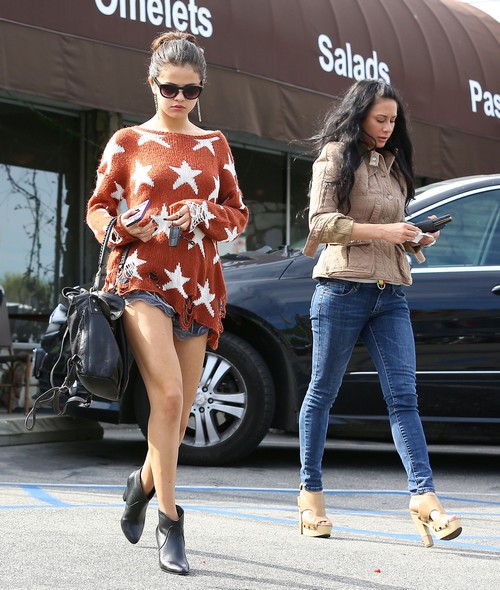 Remember when Selena Gomez first pulled the plug on part of her international tour and we told you that something big was going on? Well, after spending the holidays at home with her family we’re now learning that Selena did indeed check herself into a rehab facility – just as CDL told you weeks ago! According to multiple reports Selena spent two weeks in January at Dawn At the Meadows, a Wickenberg, AZ clinic that treats addiction and severe emotional issues.

Of course when Selena issued that statement canceling her tour her rep chalked it up to good old “exhaustion” which seems to be a troubled celebs’ catch-phrase for addiction of some kind. Selena has indeed worked her ass off for 6 years straight and went from childhood to adulthood with little room for a graceful transition. She should be exhausted, but according to sources she also spent years partying with then-boyfriend, Justin Bieber. “Hot boxing” (smoking weed an in an enclosed space) became a favorite past time and once she dropped him, Selena’s partying got worse.

Girlfriend apparently didn’t know how to handle her broken heart without the help of Molly and perscription drugs like Xanax. Finally last December her family talked her into getting some help and taking the time to fix herself. Ironically, she has attributed her relationship with Justin as being a catalyst for her problems, yet she still seems to be struggling to let him go! Imagine the nerve on Selena and her team, trying to blame Justin Bieber for her drug addiction and out-of-control-partying!  The girl spent most of the last year far away from the biebs! And if the timetable is correct, then after she left The Meadows Selena she went running back to spend a day or two hooking up with Justin in LA! Do you think her stint in the facility actually helped? Tell us your thoughts in the comments below!

Selena Gomez with her sober coach for lunch at Cici’s Pizza Buffet in Tarzana, California on February 4, 2014. Selena’s BMW also can be seen with some fresh scratches on it.