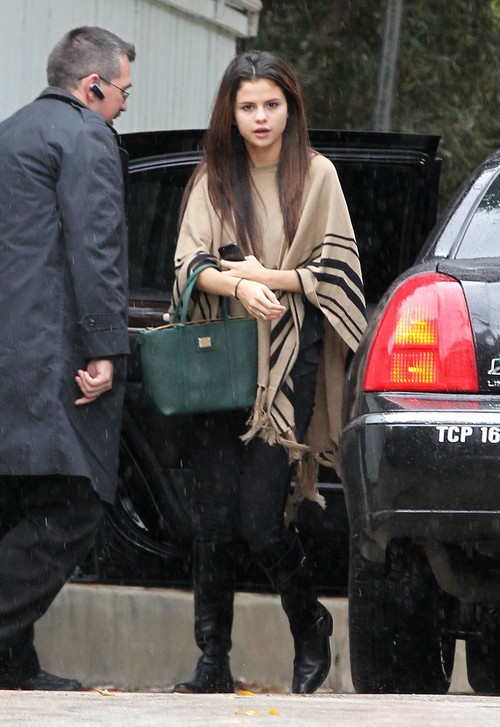 Wow you guys, it looks like another former Disney star is having some serious personal issues. Selena Gomez issued a statement overnight, effectively killing her upcoming tour of Japan, Southeast Asia and Australia. The statement itself reads somewhat innocently as Selena said through Live Nation:

“My fans are so important to me and I would never want to disappoint them. But it has become clear to me and those close to me that after many years of putting my work first, I need to spend some time on myself in order to be the best person I can be. To my fans, I sincerely apologize and I hope you guys know how much each and every one of you mean to me.”

Read between those lines and you have a 21-year old with a super serious problem and the rumblings that we’re hearing this morning involve drug abuse and a necessary trip to rehab for Selena. You have to realize how big the music industry is and just how many people are involved and taking a financial hit with Selena backing out of this tour. It’s not like she just decided to skip a days work, there are high production costs and the record company invested a ton of cash to bring a decent show halfway across the world. That money is a complete loss now which means that any issues that Selena may be having are a lot bigger than all of the money that was just pissed away.

Up until right now, Selena was one of the precious few Disney stars that seemed to leave the House of Mouse with a good head on her shoulders. She seemed to successfully dodge some of those pitfalls that have knocked down others like Demi Lovato, Joe Jonas, Shia LaBeouf and so on. Now however, it sounds like perhaps Selena was just keeping up appearances better than all the rest. Do you think that there will be a rehab announcement coming as well? Tell us your thoughts in the comments below!

Selena Gomez spotted without makeup heading to a friend’s house on a rainy day in Los Angeles, California on December 19,