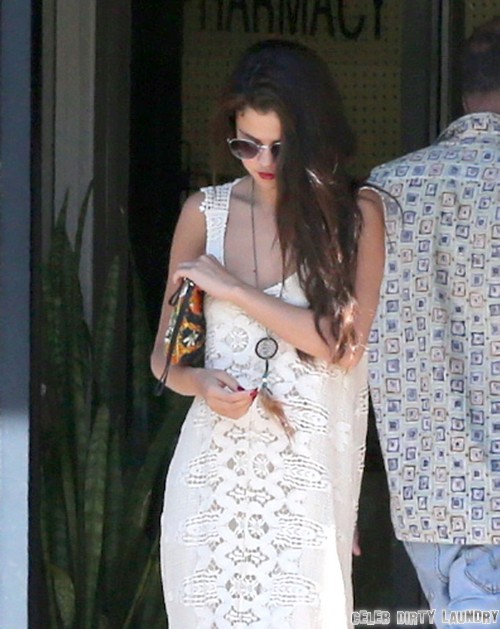 I don’t know who still buys Justin’s whole ‘I was a virgin’ thing when he was with Selena, but based on his behavior over the last year, I think we can unequivocally say that he’s not a virgin anymore. However, his dalliances with models, hookers, and random women he meets every night might have been a cause of concern for Selena.

When Selena and Justin were properly dating and in a relationship, Justin was still very tame and even a little naïve. He had revealed that Selena was his first major girlfriend, and their breakup played a huge part in his downward spiral. Of course, he’s been getting back together with Selena for a hookup every so often, lending to the media reports about their on-again/off-again relationship. But Selena’s not unaware of the rumors of his other sexual exploits, especially considering that they are all over the tabloids.

In this case, can anyone blame her for going to the clinic after hooking up with Justin? When they were first together, she didn’t have to worry about anything. But now, she better check herself for STDs because who knows where Justin’s been.

What do you guys think about Justin’s and Selena’s reunion? Do you think they were safe or she might have contracted something? Even if she didn’t, it’s good that she’s decided to check, considering that you can never be too safe in this day and age.

Selena Gomez is spotted leaving a medical building in Tarzana, California on August 5