Selena Gomez Sleeps Over With Justin Bieber For Her Birthday Gift: Couple Back Together (PHOTOS) 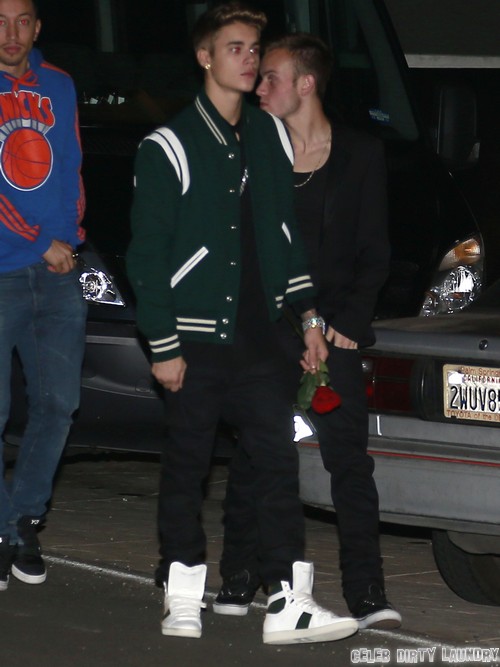 Selena Gomez, although she’s been trying her best to avoid the topic of Justin Bieber on her recent interview rounds, couldn’t avoid the subject during her GMA live interview. She couldn’t exactly walk off the set like she did with previous interviews, so she just had to suck up and try to be gracious. And she definitely succeeded.

She said, “He and I have had such a history together. I’ll always care about him and protect him if anyone tries to be mean.” Oh ok, I guess she must have been missing for the past year then, because people have been mean about him since then. And what about her best friend, Taylor Swift, who stuck out her tongue at him and probably disses him all the time. Do she protect him then? And what if she’s the person being mean? She’s dissed Justin on talk shows and public interviews before. Honestly, it just seems like someone giving a stock and pre-written answer to a pre-approved question because I doubt Selena actually means it.

Another possibility is that she doesn’t want to ruin her relationship with him because she knows she’ll need him to promote the album. I mean, look at what she’s doing now? It’s master manipulation. By getting us to talk about her relationship, she’s getting us to talk about her music. And if she dumps him for good and starts shit-talking him on national television, then he may not take her back in the future.  Well, he probably still would because it’s Justin Bieber, but she might not want to take that chance.

The whole Selena Gomez/Justin Bieber thing has honestly been played to death in the media, but the Beliebers are still obsessed. You’d think that after the past few months of Bieber’s behavior, they would all be over it by now. However, his more obsessive fans have been standing by him more fiercely than ever, and actually threaten people who make fun of him on Twitter. Talk about taking crazy to a whole new level.

Gomez has been celebrating her 21st birthday for several days, but capped off the birthday week with a lavish house party, that included several costume-clad guests. Celebrity guests included Jaden Smith and Derek Hough as well as Selena’s mom and stepdad, but it was Bieber’s arrival in his flashy leopard-print Audi that made the biggest splash. Security flanked Bieber at all times and used umbrellas to block Gomez as she left the party with Justin and drove back to his home for a birthday sleepover.