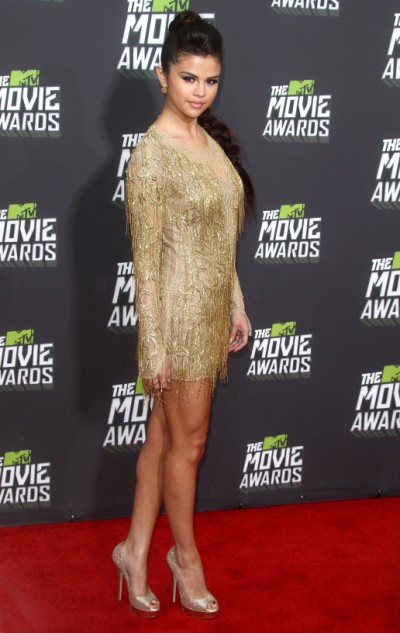 Now this is more like it. After that gross picture leaked yesterday by an overzealous Justin Bieber everyone naturally assumed Selena Gomez and her boy toy were back together for realsies. Well not so fast! Sorry Beleibers but this might just be one big publicity stunt. Thank you Lord Jesus!

A source told Hollywood Life that Selena is looking to keep this reconciliation super casual. She’s not rushing into anything and will pull the plug ASAP if Justin steps out of line. So basically they’ll be together for a hot minute. But I have to ask – is Selena Gomez using Justin for the sex or the publicity? As I pointed out yesterday, she has a new album to sell. And Justin has an image to rebuild. Clearly, their managers aren’t total dumb asses (although they might be assholes for playing with these kids like this). Since I can’t ever in a million years fathom Justin being a Casanova in the boudoir (despite the recent lesson from the Playboy bunnies) I can only assume Selena is in this for the attention. Does that change your opinion of her?

Check out the photos from the MTV Movie Awards below. That’s a girl on a mission, right? She wants to be the next big thing – the next Britney, the next anything. There’s determination in those eyes. Don’t let the baby cheeks fool you. This girl knows what she has to do and if her managers tell her to cuddle up on that prepubescent man child for an extra weekend in Norway she will. Did I ruin her for you or do you still believe this is true love? I’m open for debate. Prove me wrong!

Was the Justin and Selena Oslo trip strictly for the cameras? Is Justin Bieber back together with his true love for good? That question kinda makes my heart hurt. You all know I think that kid fell off the douche tree and hit every branch down but I have a feeling if there’s some play going on he’s definitely not in on it.