Justin Bieber Reacts To Taylor Swift’s Double Billboard Diss: “Shut Up, At Least Selena Doesn’t Chase Men Like You Do” 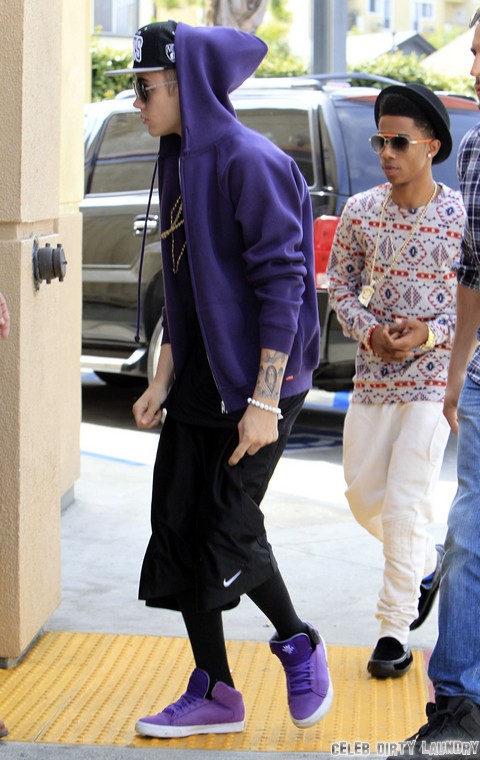 Justin Bieber didn’t have the best night last night, did he? In fact, he really hasn’t had a very good year so far. He used to be on top of the world a couple of years ago, but he really has become a joke in the public. His girlfriend is embarrassed to be seen with him, and her friends don’t like the fact that she is even seen with him. The public is booing him. The only thing he has right now is his Beliebers.

In my opinion, the boy should take a hiatus from being in the public eye, and just go away somewhere and work on his music. He really needs to be able to concentrate only on that, because he’s never going to be taken seriously when he tries to pretend he’s a gangster and talks about ‘being an artiste’. It’s typical teenage behavior, and I wish that he had a better support system that would take him out of the limelight and teach him how to behave like a normal person for once.

Now, last night must have been especially humiliating for him. He gets booed on stage, and he gets humiliated backstage. By now, everyone must have seen the video where he tries to kiss Selena Gomez and not only does she turn her head, but Taylor Swift walks by and sticks out her tongue, knowing full well that there are plenty of cameras and people there to catch her reaction.  Perhaps even worse and much less funny was Taylor’s reaction on camera to being asked about Justin winning the Milestone Award – “Can we have another question?” was her rude response.

So how does Justin react to this? Well, by carrying on and pretending like nothing happened. The first smart thing the boy’s done all year. Even during the booing, he acted like a professional and just finished his speech and got off that stage. It’s the first time I’ve ever felt an iota of pity for JB because when it comes down to it, he is still a young boy and kids make mistakes. That being said, he deserved to be publicly dissed. Right now, his behavior, his accent, everything that he’s trying to pretend to be just screams pretentious. If he wants to be taken seriously as an artist, as he so *eloquently* said during his speech, then he needs to stop taking himself so seriously for once.

GUESS WHAT? Girls Talkin Smack Reveals That Justin and Selena Are Getting Married – He’s Designing Her Engagement Ring! CLICK HERE

Justin Beiber and his crew get a case of the munchies and stop by a gas station in Hollywood, California for junk food on May 16, 2012.