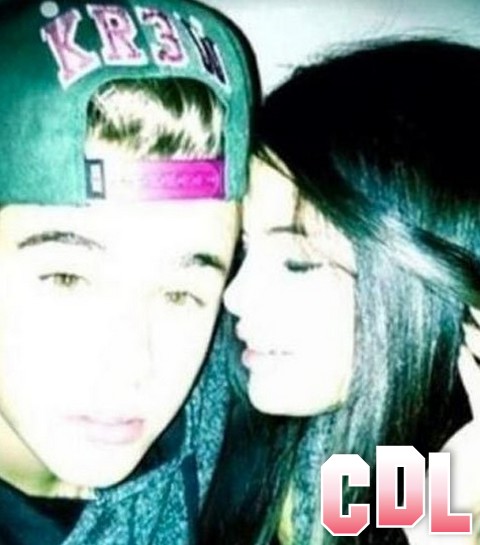 Jelena is back in action! Justin Bieber and Selena Gomez are taking their romance on the road. They seem to be touring the world together these days. They were just spotted together in Sweden! The Canadian singer is performing at Stockholm’s Ericsson Globe and it seems he has no intention of separating from the 20-year-old Gomez.

Members of Bieber’s team left the Grand Hotel first, swiftly followed by the casually dressed 19-year-old and a brunette female — believed to be Gomez — who covered her face, as they walked to a waiting van. I would have covered my face too if I was the dumbest woman on the face of earth. Selena you are 20 years old and although young and immature you should know the difference between foolish and just plain stupid.

It was speculated that the couple split up last year for good and if Gomez knew what was best for her it would have stayed that way forever. The rumors of reconciling sparked when the actress was seen at Oslo’s airport in Norway last Thursday. Everybody knows Bieber is playing in the city.

People later reported that a witness saw them “holding hands, hugging and they kissed on the lips.” It is said that Selena Gomez has decided to ignore the advice of most of her friends who should be advising her to never take Justin back. While Selena was reportedly “lonely” without the Biebs, insiders close to the former Disney princess insist she had “no problem being apart from Justin while she was busy promoting Spring Breakers…but as soon as her schedule slowed down, she found herself missing that sweet Bieber love.” A beautiful talented lady with many choices to choose from with mature Hollywood actors had no reason to be alone. Gomez needs to grow up and move on with her life because Justin will hurt you again and you will look like the fool this time instead of getting anyones sympathy votes.

Perhaps Gomez has made the right decision this time but I definitely doubt it. Puppy love is cute but it comes a time to be realistic in life. Does anyone think JB is a changed man this time around? Will he commit himself “100 percent” to the former Disney star? Justin is young and has a long life ahead of him and I seriously doubt he will be faithful to the Disney star.

It appears Jelena is definitely on again and in their feeble mind all appears to be right with the world. Let us know your thoughts.