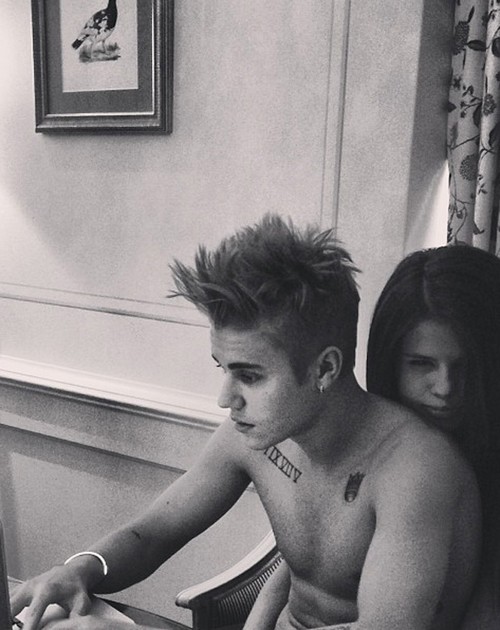 Justin Bieber and Selena Gomez, the star-crossed lovers. That’s how their fans like to look at them. And their tabloid history certainly supports the story. In any event, after their reunion in Norway several weeks ago, they are now set to reunite once again at the Billboard Music Awards this weekend.

Justin and Selena will be sitting next to each other at the awards, which will either mean a make-up or plenty of awkwardness between the on again/off again celebrity couple.

However, since fans have been sighting Justin and Selena together all week, the rumor is that they’re on the verge of getting back together. Either that, or Selena is playing that boy for all he’s worth, especially since she revealed on the Kiss 108 Radio show that she was single and available.

Justin’s fans, for the most part, don’t want him getting back together with Selena after she broke his heart and humiliated him in the aftermath. While that’s certainly true, it’s not like Justin listens to his fans, and as a teenage boy, he wants what he wants. Selena, on the other hand, has proven to be a lot more manipulative than we’ve ever given her credit for, and she’s managed to leverage her relationship with Justin to promote her new single and album for all she’s worth. She’s done a bang-up job of it too – we can never see a report of her and Justin without seeing a mention of ‘Come And Get It’ at the same time.

Anyway, if they do reunite this weekend, it’s highly unlikely that it will last. But until then, enjoy the Beliebers breaking down on Twitter. It’s comedic gold.