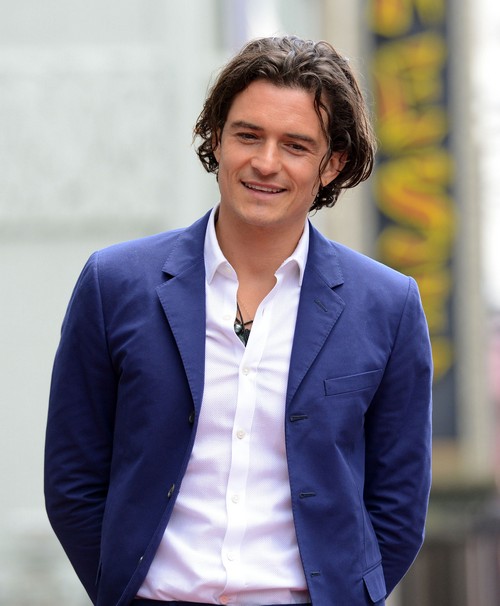 A love triangle consisting of Selena Gomez, Justin Bieber, and Orlando Bloom? Don’t worry, you’re not the only one who finds it odd. But according to a new report from Hollywood Life, that’s exactly what’s happening.

The report claims that Justin Bieber got very jealous over Selena ‘flirting’ with Orlando Bloom, with their source adding, “Selena and Orlando recently participated in the We Day California conference on March 26. The 21-year-old singer gave a moving speech and later, backstage, posed with Orlando. The picture was posted to her Instagram account, and was probably the reason for Justin’s alleged jealous accusations.”

This ‘picture’ that was posted to her Instagram account also had Seth Rogen in the picture, so why link Selena solely to Orlando? Why not Seth as well? I mean, it’s obvious what Hollywood Life is doing – they realize, hey Orlando’s single now, and thus decide to put him along with Selena. But Orlando’s never struck me as a cradle snatcher, and Selena’s much, much too young for him. Sure, Orlando dates models and actresses, but I don’t think he’s stooped to Leonardo DiCaprio‘s level of dating decades beneath him.

However, with that being said, I can see Justin getting jealous and blowing up over every little thing that Selena does. He’s an insecure little brat, and so of course he wouldn’t be able to help himself. From all the reports concerning their previous breakup, it seems like Justin would start fights over the most insignificant little thing, and this definitely falls under that category.