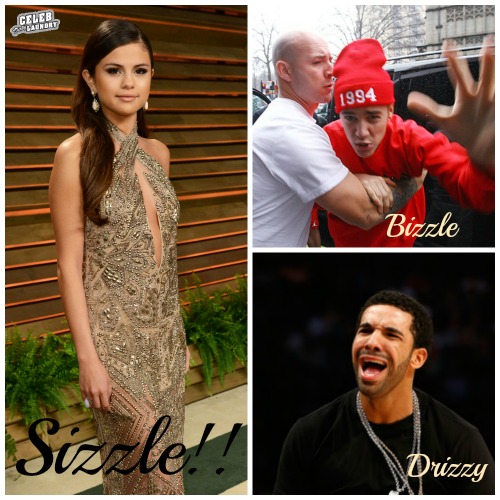 A Drake, Selena Gomez, and Justin Bieber love triangle? What gossip genies do I have to pray to in order for this to happen? Because I will do it. This is gossip GOLD y’all, and it’s about to get even better. Our sources tell us that Justin Bieber is stewing with anger at the thought of Selena hooking up with Drake, and now he’s trying his best to prove his affections for her so she comes back to him. Uh, I don’t know how to break this to ya Beebz, but she’s moved on – and to someone who doesn’t get arrested every other week.

Sure, Drake’s not exactly the epitome of professionalism, but he’s miles and miles ahead of Justin when it comes to just about everything else – including class, talent, and hard work. And considering that Selena has been linked to Drake before, Justin’s probably in a cloud of jealousy right now. And there’s nothing he can do to win her back, even desperate tweets about how wonderful she looked at the Oscar Vanity Fair party. Keep in mind, Justin and Selena made an appearance together at the party two years ago, and now look at them. One’s coming out of rehab and trying to get her life in order, and the other’s a drunken, druggie mess who can’t seem to keep himself out of trouble. Oh, Hollyweird, what you do to people.

Anyway, Justin’s way too much of a wimp to ever throw down with Drake, because he’ll be too scared of getting his face smashed in. But expect a lot more passive aggressive tweets as well as cryptic Twitter and Instagram messages towards Selena.