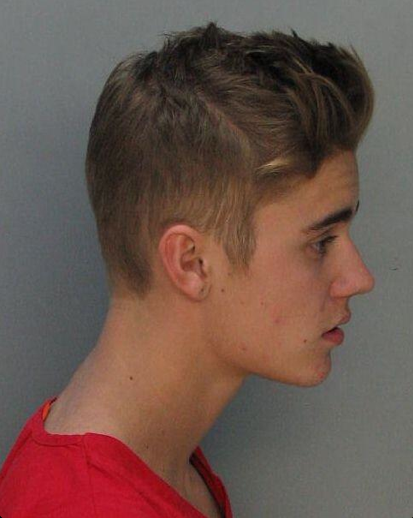 Justin Beiber has been quite the elusive little douche. For a long time the public has been hearing about his horrible attitude from other sources. Those sources have largely been his neighbors, random photographers and mop buckets. That elusiveness, that protective veil, that has managed to protect whatever is left his good graces is now kaput. Justin is completely exposed in explosive new video of his deposition for an earlier altercation with a photog.

People, it is EPIC! Before I rip Justin a new one, I will go on record and say the questions opposing counsel were asking didn’t all seem to be in my non-lawyer opinion, relevant to his case. Justin might have been right when he said that he felt like he was being interview rather than deposed. It probably wasn’t a good idea to convey that in the most contentious way imaginable and call the opposing counsel Katie Couric, but he’s acts like an idiot… so there’s that. The questions about Selena Gomez specifically came from left field. Of course Justin has been with Selena during at least one of his alleged pap attacks so of course she is relevant.  If Justin were smart he would have let his attorney handle it, but that would have been too much, like right?

Justin’s attorney, to his credit did try and vet what he felt were the non-relevant questions which were nothing more than a fishing expedition an attempt to get Justin to act out which he did, so I guess maybe they were relevant… in my non-lawyer opinion.

Now, back to the Canadian Douche Lord. When will these celebs learn to play the game? Their image is what makes them their money, so why on earth would one obliterate their public image on video tape for the entire world to see? Beyoncé needs to teach a class on how to keep the public eating out of your hands, And Justin should be the first and most enthusiastic student. I’m almost positive that Justin was made aware these videos would be released to the public, yet he behaved like petulant 12-year-old and he had the vocabulary to accompany that attitude as well.

My absolute favorite part was when asked if Usher discovered him, He pretty much danced around saying yes. And then he dropped this bomb; “I was DETRIMENTAL to my own career.” While the Beiber speaks the truth, I’m pretty sure that wasn’t the correct adjective. Ummm, don’t you mean instrumental? This is the most embarrassing thing I have ever seen. and that’s including Miley Cryus’s continued existence and desperate attempts to tongue rape anything with a pulse.

I can’t believe the little jerk is sitting in a court of law behaving as if he’s in a bad Mafia film. At one point he goes so far as to make a feeble attempt to intimidate the opposing counsel which might be a bad move if your being deposed for alleged acts of violence. When asked about Selena Gomez. He actually waves his feminine little finger and menacingly growls “Don’t ask about her again.” Yeah, I’m sure everyone in the room was all sorts of intimidated by this little dude who probably weighs 110 pounds soaking wet and has the fingers of a little girl.

This video proves that Beiber is an aggressively stupid poser. The saddest part of this whole mess is that his attorney probably counseled him on how to behave, but Bieber being Bieber probably ignored any and all reasonable advice. He’s not even trying to play nice and it can’t end well. Eventually people will forget whatever marginal talent he may possess and he’ll be back where he started, on YouTube begging Usher for forgiveness and begging the public for a second chance. What do you guys think? Will Beiber be ok? Or is this deposition the beginning of the end?