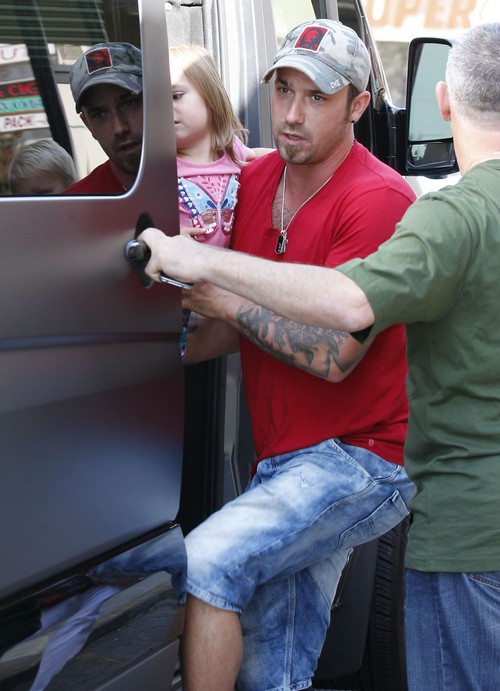 Justin Bieber‘s father, Jeremy Bieber, was not only present at the scene of Justin’s arrest in Miami today, but he may have had a hand in making it happen. The report claims that Jeremy helped Justin block off the street corners and intersections so that Justin and his friends could drag race down the street.

A source explains, “Jeremy was not only present when Justin was arrested … he was one of the people who helped block off the residential street so his son could drag race. Jeremy was in SET nightclub just before the arrest with Justin and was around him all day.”

Ugh. With parents like this, is it any wonder that Justin’s turned out the way he has? One the one hand, there’s his mom, refusing to accept any responsibility and asking people to ‘pray’ for Justin. And then here’s his father, partying with his underage son and helping him race cars in residential neighborhoods under the influence of alcohol and drugs.

Let’s play the devil’s advocate and assume that Justin only had one beer, was high on marijuana and anti-depressants, as per Justin’s claim. Even then, what kind of father would let their son drag race when he was clearly not sober enough to do so? It’s pathetic, and honestly, his father should have slapped the shit out of Justin for talking back to the officers the way he did. But no, Jeremy Bieber would never attempt to ruin his relationship with the person who’s pretty much his sole cash flow. So he’ll go along with Justin’s hare-brained ideas, hoping that it doesn’t turn into a disaster.