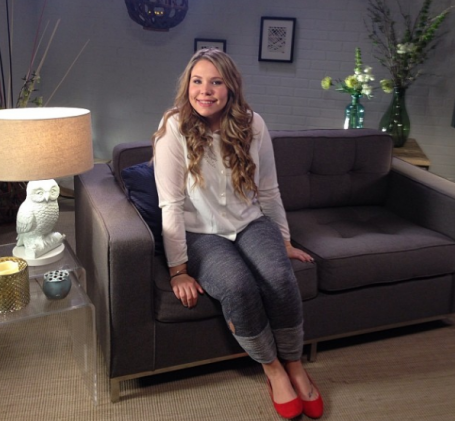 Kailyn Lowry, star of MTV’s Teen Mom 2, is sick of hearing allegations that she is intentionally trying to keep her son Isaac away from his father, Jo Rivera. She’s gotten so fed up that the young mom took to Twitter earlier today to defend herself to naysayers.

“Its super annoying that everyone thinks I’m taking Isaac away from his father. If you know me you would know I would NEVER do that…continued.” She went on in another tweet to say, “My mom did that to me. Jo moved out of state 2 years ago and that’s ok. But I want to move two hours away and I’m taking him away. CUSTODY would remain the same. Like you guys really don’t see the bigger picture. Staying in PA as a single mom with Jo on weekends or go to DE with my husband and new baby with Isaac STILL seeing Jo on weekends??? Open your eyes people…”

The Twitter rant came shortly after a Twitter follower tweeted this to Kailyn-, “Isaac may not apriciate(It’s APPRECIATE @miahimanen) What You Are doing to him and jo.” (Note: that tweet is quoted verbatim, I would be ashamed if my grammar skills were that atrocious.) Unfortunately, this is not the first time the young reality star has gotten flack for deciding to move from Pennsylvania to Delaware, but clearly those allegations come from people who have no real knowledge of Kailyn’s situation.