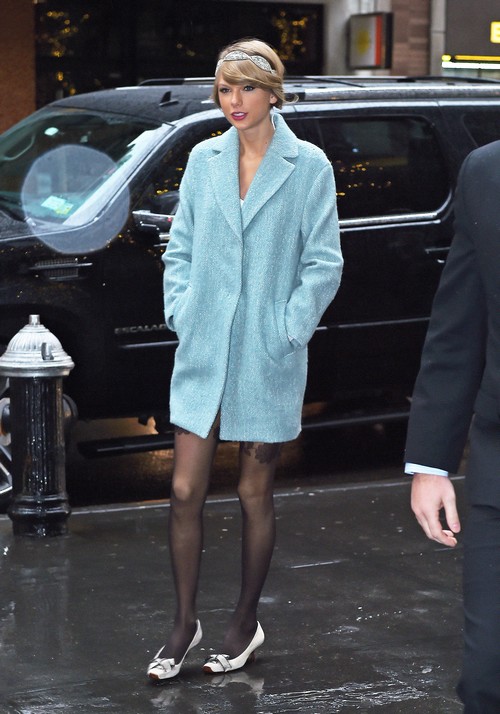 Kanye West and Taylor Swift jokes never get old. But, apparently Kanye West is over them. It was five years ago when Taylor Swift got on stage during the live 2009 VMA’s to accept her award and drunk Kanye West stumbled up on stage and interrupted her speech and ranted that Taylor didn’t deserve the award and it should have went to Jay-Z’s wife Beyonce instead. Taylor may have put the incident behind her, but apparently Kanye is still livid.

According to the January 5th edition of Star Magazine, “Despite being a different gender, in a different genre and 12 years old, Kanye West is still green with envy over Taylor Swift’s success. There’s just something about Taylor that sends Kanye into a rage. He just doesn’t get she’s so successful.” The magazine goes on to explain that Kanye went berserk when his “Bound 2” music video barely hit 40 million views, and Taylor’s “Shake It Off” video is still climbing at nearly 400 million views. According to Star, Kanye has banned his team from listening to Taylor’s music or even mentioning her name – if someone does mention Taylor he will rant for hours about how talentless she is.

Honestly, Kanye West never ceases to amaze us – so we’re not exactly shocked that he is holding a grudge against a country pop singer that has never done a thing to him except sell more records than him. Kanye’s obsession with Taylor Swift is almost disturbing. On a scale of 1-10 how funny is it that Kanye West is so jealous of Taylor Swift? Let us know what you think in the comments below.