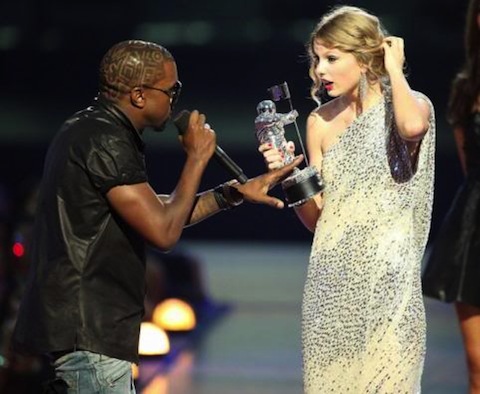 Who could forget that fateful night when Kanye West stole the spotlight from Taylor Swift during her acceptance speech for video of the year at the MTV Music Video Awards in 2009.

“Beyonce had the best video of all time.”

He was referring to ‘Single Ladies.’ Whether you agree with Kanye or not, there’s one thing that should be obvious.  A Taylor Swift revenge song.

Taylor hasn’t been shy when it comes to exacting revenge on the men who have done her wrong. There’s a catalog of songs that act as proof. Sometimes the target of the song is less obvious and leaves the listener guessing, like with, ‘We Are Never Getting Back Together.‘ Although it’s pretty clear it’s targeted towards Jake Gyllenhal. And then there’s ‘Dear John‘ which is totally about John Mayer.

My guess is Taylor has been waiting for the perfect moment to strike.

“I think Taylor Swift should walk in while Kim Kardashian is in labor and say, “hey Kanye i know you’re having a baby and all, but I just wanted to say that Beyonce had the best baby of all time”

And Beyonce probably wouldn’t mind being dragged into the revenge scheme. It’s well known Beyonce isn’t fond of Kim.  Especially after Beyonce gave Kim the cold shoulder at the BET Awards in 2012. 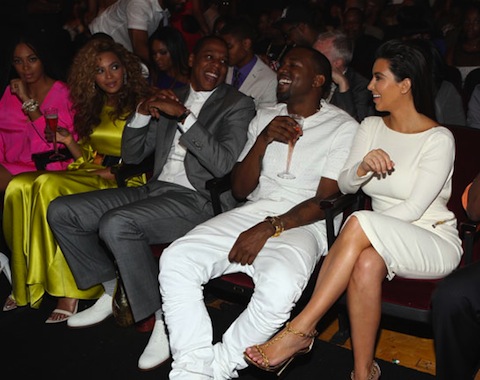 A four hour award show could have been the perfect time to bond with Kim… or completely snub her.

Either way, would anyone be annoyed if Taylor tried to get even with Kanye? That’s a celeb war I would love to see.

We’ll see what happens in July when Kim is expecting.