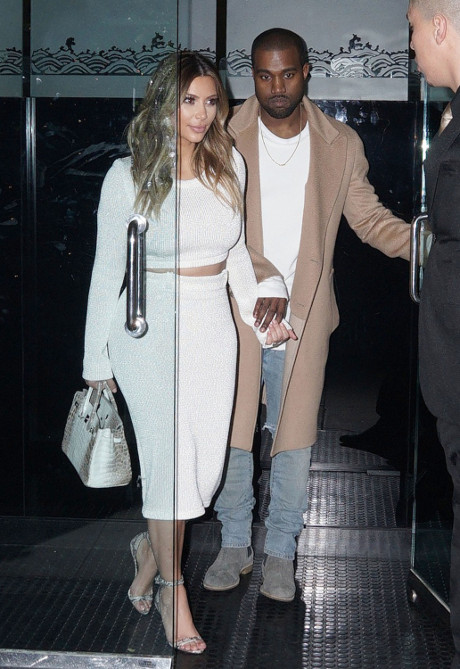 Kanye West has, once again, gotten into a physical altercation with someone. And Kim Kardashian couldn’t be prouder. The alleged attack took place in the waiting room of a Beverly Hills chiropractic office. Kim was entering the building when an 18-year-old boy offered to help the reality star escape hounding paparazzi. He began screaming and hurling gay and racial slurs at the photogs. When Kim told the young boy to stop, he turned on her. He allegedly said “f***k you bitch” and called her a “n****r lover.”

Kim called Kanye and the boy called the rapper the N-word. Little did the 18-year-old know, Kim was actually going into the building to meet Kanye. He reached the waiting room, punched the man, and said, “We have it all on tape.”

The boy filed charges after the fight was broken up by massage therapists and the police were called. TMZ is reporting that Kim also filed a police report because she claimed the boy threatened to kill her. Kanye is already facing assault charges for attacking a paparazzo at LAX last year.

After all the fighting and outbursts, Kim is just happy that she finally has a real man in her life. “Kim loves that her man is protecting her. Unlike Kris Humphries, whom she never felt had her back, Kim is telling people that Kanye is a real man,” said a close friend.

Violence is never OK and neither is yelling derogatory statements. Both parties seem to be at fault, but Kanye knows people are always trying to get him angry. Maybe he was just trying to protect his baby mama and things got out of hand. Nonetheless, he took the bait and did exactly what the paparazzi and the 18-year-old wanted him to do.

Kim and Kanye may be the perfect match after all. They both have a love/hate relationship with the paparazzi and can’t escape the attention. What are your thoughts on the Kim/Kanye vs. 18-year-old Crazy Boy? Is Kanye a “real man” for protecting Kim or should they have handled the situation differently – perhaps more maturely?