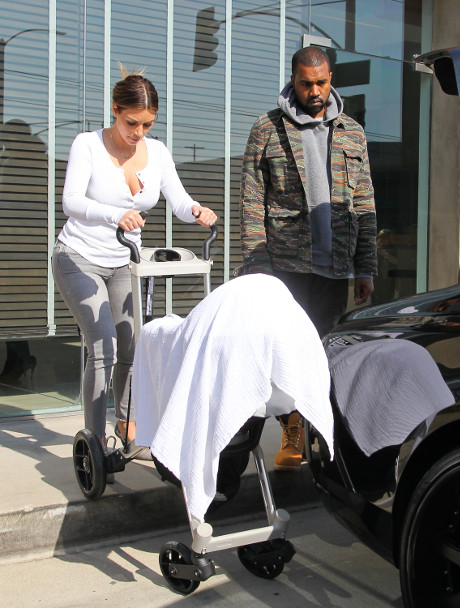 In the name of Yeezus! Good thing Kanye West got his money right. TMZ is reporting that he just shelled over a lot of dough to settle his case with the Beverly Hills teenager he beat up while defending what is left of Kim Kardashian’s honor. As a result, the “I Am a God” rapper will likely avoid doing any serious jail time.

He will also likely avoid any legal consequences for his chiropractor office beat down, as the teenager feels compensated enough to not press any charges against Yeezy and the DA won’t have much of a case without a cooperative victim. Kanye may rap about being a god, but it was the act of handing over the currency with “In God We Trust” that was his saving grace. Perhaps he will start putting his mouth where his money says he is and believe in something greater than himself. As we have all witnessed over the past couple of years, Yeezy ain’t all he talks himself up to be.

For instance, when this whole fiasco with the teenager first went down, there was talk that the only reason Kanye beat the kid up was because big butt Kim felt like her life was threatened. There were even whispers on the street that the annoying duo were planning on seeking legal action against the youngster, and that Kanye got the thought in his mind that he acted in self defense. Of course, this was a laughable notion, as Kanye was not even present when the verbal altercation ensued between the young man and his helpless damsel in distress.

No Court or person would agree that seeking someone out to confront them and beat them up amounts to self defense. However, we probably would have all respected him for fighting for something he truly believed in instead of selling out by shelling out money.

Clearly, he didn’t even believe his lies of self defense and death threats because paying such a large settlement is an action that directly contradicts his words. Who pays off someone they really think threatened the life of their future life partner? This just shows how low the “College Dropout” rapper has been pulled down by dealing with the fame whoring Kardashian family.

There was once a time when Kanye’s voice was credible, where everyone trusted him to speak the truth and keep it real. Now he is nothing more than a pawn in the Kardashian’s fame game, and his actions over the past year prove it. He is constantly making contradictory statements. Who remembers Kanye calling for a boycott of Louis Vuitton and then being photographed carrying nothing but Louis Vuitton luggage the very next day! Hopefully when he gets married Kris Humphries-style on E! Network’s dime, he will just change his name to Kanye Kardashian. Mr. West is no longer in the building, folks.