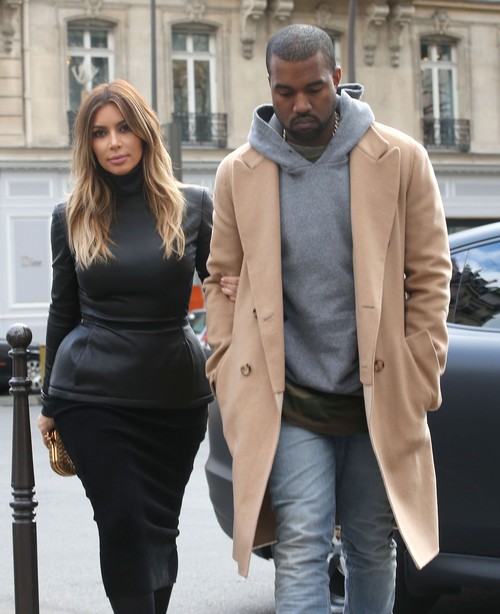 Everyone has their price, even Kanye West. West has made it pretty clear that he does not want E! filming his personal life with his baby-mama Kim Kardashian, and their daughter North West, despite the fact that Kim has made millions off of her family’s reality show Keeping Up With The Kardashians. But, according to Radar Online, West has agreed to let E! network film his wedding to Kim Kardashian, as long as they foot the multi-million dollar bill.

A source close to Kim Kardashian has confirmed that the reality star and Kanye West will by tying the knot in Paris, they have already secured a location, and they are planning for a June wedding. We all know how Kanye feels about the reality show, but Kim managed to convince him to let E! film their wedding when he realized the producers would cover the bill, and handle all of the planning and details. After you factor in the check for letting them film the nuptials, the sponsors from all of the companies they pimp out during the extravaganza, and the exclusive photos and videos, West and Kardashian will actually make money off from the event.

This isn’t the first time Kim Kardashian has “gotten married for money.” Just a few years ago she married her ex Kris Humphries on E!, and found herself in a world of trouble when the pair separated just weeks later. During their long, dramatic divorce, Kim was brought under fire over the hundreds of thousands she made off their wedding. Humphries felt like a paycheck for Kardashian, and accused her of marrying him just to make some money off their wedding, and then leaving him high and dry once she got paid for it.

Keeping Up With The Kardashians has seen a major dip in ratings, the Kimye wedding could be what the reality show needs to get back on track. Then again, there is a chance that no one will watch the event, and E! will be out millions of dollars.