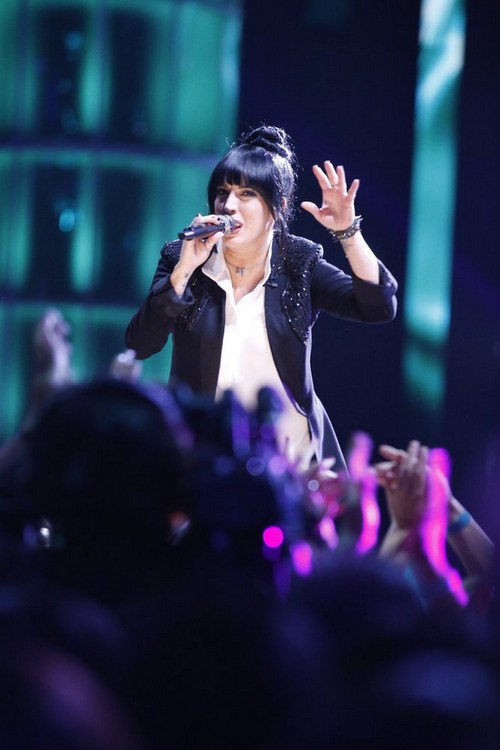 Team Adam Levine’s contestant Kat Perkins took the stage tonight on THE VOICE for her Top 5 live semi-final performance.  Kristen sang “Let It Go” by Demi Lovato.  On tonight’s show the remaining artists from each coach, Blake Shelton, Adam Levine, Usher and Shakira’s team performed live for America’s vote and the chance to move on to the Finals.  Did you miss tonight’s episode?  If you did miss it, we watched it and we recapped it right here for you.

On last week’s episode Kat sang “Get Lucky”  by Daft Punk and Adam had this to say about his performance, “Adam says that once again he listened to Kat and is so impressed with her creativity and talent; he is beyond proud to have watched her perform such an amazing performance.”