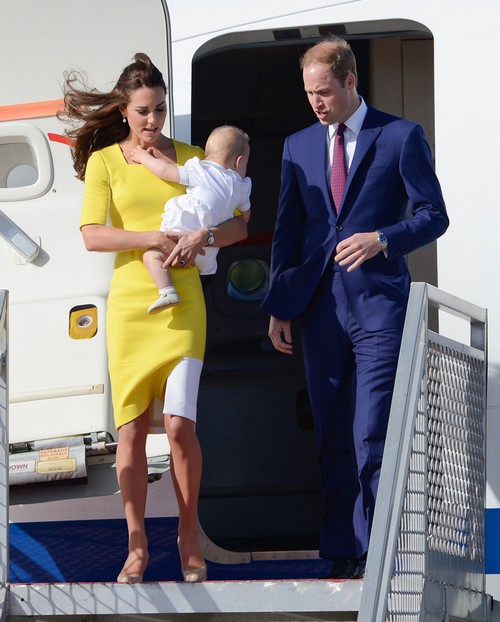 Kris Jenner is obsessed with building the Kardashian empire into something that no one will ever, ever forget, no matter how much we want to. And what better way to ensure their legacy than to set North West up with the most eligible future bachelor of the world, baby Prince George?

Yes, I know it sounds ludicrous. But hasn’t everything that Kris has done until now also been equally as ludicrous? I mean, she built their business empire on Kim Kardashian‘s sex tape! They are worth millions of dollars because Kris was the biggest pimp mother in the region, and she knows how to capitalize on her daughters – a.k.a. use them for her own gain.

And you know she’s instilled the same values in her daughters, which means that when Nori gets of age, Kris and Kim are going to plan this down to a science. Just as Carole Middleton once planned Kate Middleton‘s union with Prince William – postponing Kate’s schooling and changing her university acceptance so that she and Will would end up in the same class and the same school – Kim and Kris could plan North’s education to coincide with George’s.

Considering that Kim and Kanye [West] have already shown a great affinity towards Paris [especially with their wedding taking place there], it’s easily to believe that they would establish EU residency and possibly even move their family there. After all, it’ll be so much easier to set Nori and George up if they’re living on the same continent, no?

Overall, it’s unlikely that the Kardashians will stay relevant long enough to pull this off. But if they somehow are still famous come 2020, then you can bet that this plan will at least enter their thoughts.