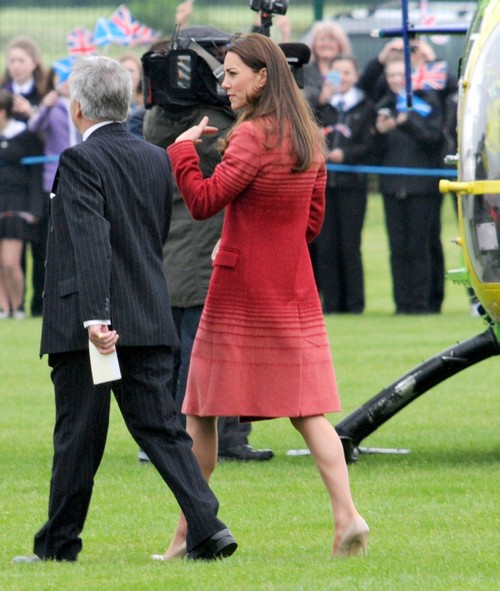 It has been barely a week since that infamous photo of Kate Middleton’s bare bum was auctioned off and published online but it seems like a lot longer, doesn’t it? We have really covered a lot of ground in about 8 days haven’t we? First there was whether or not the actual pic, snapped by a photographer during a wind gust was a violation of Kate’s privacy. Then came the actual publishing of the photo when the world, once again got a clear view of Kate’s goodies and that was followed by a serious debate over whether or not Prince William’s wife is enjoying the attention that these pics bring her.

Don’t forget, it wasn’t all that long ago that Kate was a party girl and while she has clearly calmed down I’m sure there is still a wild child buried not to far beneath the expensive wardrobe. Ironically this week began with yet another scandal for Kate. She attended a family wedding this past weekend and the festivities were held at the Dorchester Hotel which is owned by the Sultan of Brunei. His hotel chain has been boycotted by some of the biggest and most influential names in fashion and entertainment after he made homosexuality and adultery offenses that are punishable by stoning.

Kate opted to attend Andrew Middleton’s marriage to Rebecca Poynton which means she broke from the boycott and that has caused her to be hit with backlash from many of those that run in the same circles as The Duchess of Cambridge. The royals are refusing to comment at all on the situation but it is the second time in about a week the Kate has caught some negative press and left a bad taste in peoples’ mouths. What do you think is a bigger issue, Kate’s enjoyment at flashing us or her appearing to support the stoning of homosexuals? Will either of these ultimately keep the duchess down for very long? Tell us your thoughts in the comments below!