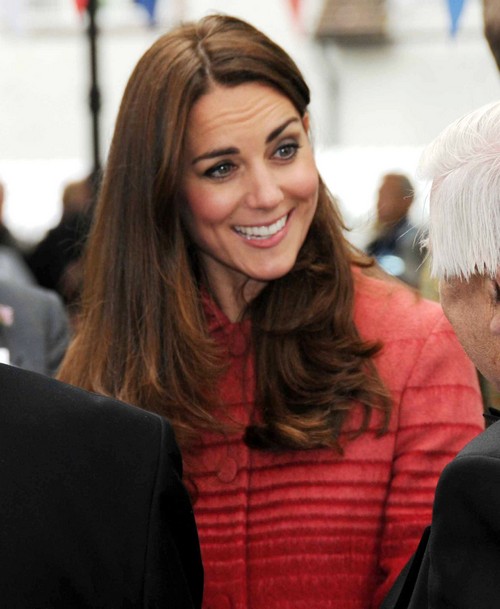 I’m really beginning to think that for at least this moment in time no one can rebound from a scandal quite like Kate Middleton. Earlier this week we watched as a photo of The Duchess of Cambridge’s bare butt exposed during a wind gust in Australia last month was published and then took the internet by storm. It wasn’t a unique moment either, Kate seems to often have a problem keeping her floaty little dresses from giving the ever-ready photographers a free shot and this time around she was called out on it.

The last photo sparked outrage by Prince William because he felt that his wife’s privacy had been invaded and took issue with those who did the snapping and publishing. This time around William may have been ticked but he stayed pretty quiet, probably because Kate could have prevented it. If she was that mortified the last time then trust me when I say that she would make a point of wearing Spanx, boy shorts- anything beneath her dresses to ensure that another nude pic was never possible. Instead Kate exited a helicopter while going commando, no doubt ignoring even her husband’s direction to cover up.

It’s interesting how a lot of people that are fans of Kate also took issue with her this time around. It was less “Poor Kate.” and more of the thinking that she is purposely doing this because she doesn’t mind the attention and it’s a way to rebel. It’s kind of ironic that the woman who may very well be the next Queen of England keeps flashing her assets and it is quickly forgiven in spite of being totally inappropriate.

Kate and William landed in Scotland for a brief tour of the country beginning this past Thursday and all seemed to be forgotten. Kate was radiant in a red coat and she carried herself with the same dignity as usual. Obviously the coat ensured that there would be no unfortunate incidents in Scotland with the paparazzi but I have to wonder if she seemed to rebound so quickly because she really does love the extra attention. Every time a naked pic is published we are reminded of the fact that this woman used to be a party girl and that in spite of all of her training and set rules to follow there is still a wild child beneath the expensive wardrobe. Do you think that Kate secretly loves not just the extra attention, but the kind of attention that this week brought her way? Tell us your thoughts in the comments below!