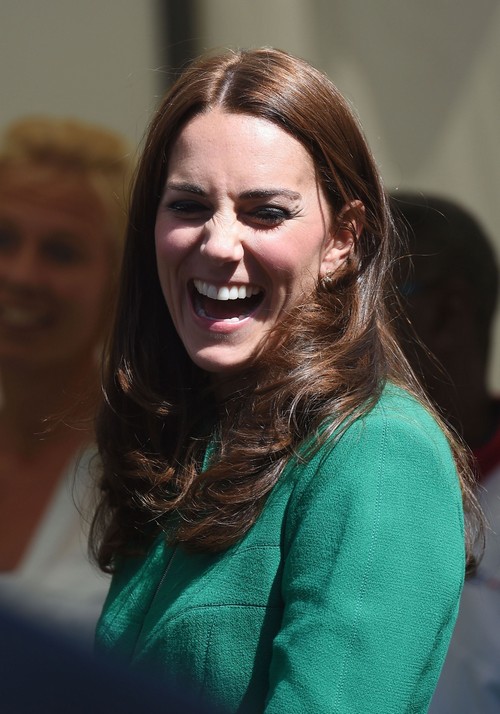 Is Kate Middleton pregnant? Well, depends on who you ask. Some fans of the Royal Family are certain that she has a baby bump, if you look at the right angle that is. Others are currently grieving for the Duchess of Cambridge, because they believe that she just suffered  a miscarriage. Regardless of which rumor you believe, one thing is for certain, there is no doubt in our minds that Kate Middleton and Prince William are attempting to get pregnant with baby number two, if they haven’t conceived already. It’s anyone’s guess whether they have been successful yet.

Prince William and Kate had been working night and day to have their new home at Amner Hall completed, and sources are reporting that they have moved to into the mansion for a staycation. Their new royal residence was clearly chosen by the Royal couple because they are interested in a more friendly family residence to raise baby George, and his little brother and/or sister. Although everyone fantasizes about living in a palace, it’s not the most ideal place to raise young children, which William and Kate have recently discovered.

According to a recent ‘report’ in the Daily Express, William and Kate are definitely trying to get pregnant with baby number two. The Express’s ‘source’ claims that, Kate has been talking about having three children – ya right.

On September 20th Kate Middleton is set to embark on her first solo Royal trip and is scheduled to head to Malta. This will be an opportune time to learn whether Kate Middleton is indeed pregnant with baby number two. If Kate is pregnant and expecting a second child by September 20th, there is no way Queen Elizabeth or Prince William will allow her to jet off on a trip by herself with a royal bun in the oven. So, we will have to wait until September 20th to determine whether or not the Duchess is officially pregnant, unless their is a palace announcement sooner.