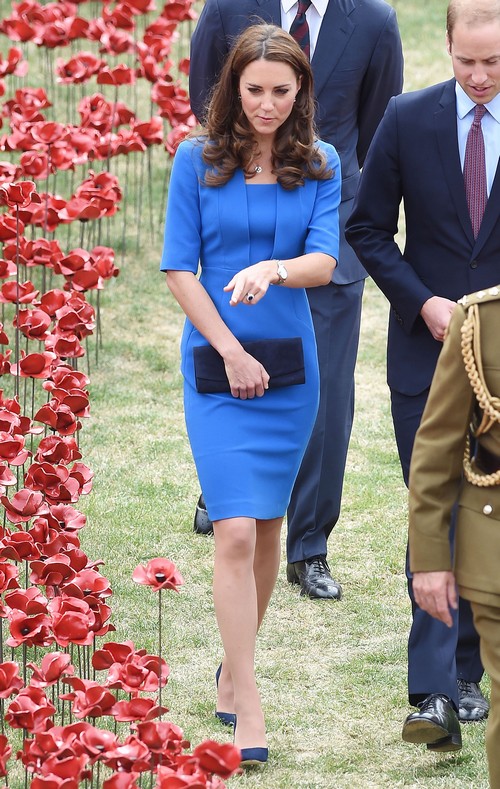 Kate Middleton is either pregnant, not pregnant, or has just suffered a miscarriage. Unfortunately, until the palace confirms the news one way or another, the speculation train will continue spinning around.

We’re going to go through all the reports and rumors step by step, and we can then come to a conclusion in the end, just as we’ve done in the past. First of all, the rumors first started a few months ago when Kate avoided some alcohol at an event, but that was soon dispelled after she started drinking again. But then, she gained some weight and looked bloated for a while, which increased the speculation. Plus, she reduced her public appearances after she got back from the New Zealand and Australia tour, but that could have just been sheer exhaustion.

Then, there were reports confirming Kate’s second pregnancy, first from her former BFF Jessica Hay [now the palace’s Public Enemy #1], and then from Vanity Fair. The Vanity Fair report didn’t necessarily confirm Kate’s pregnancy, but it did mention that Kate and Prince William were planning to get pregnant over the summer. And now that we’re almost at the end of August, it seems certain that they would have succeeded, no?

That’s not to mention that we know Kate, Will, and Prince George are all planning to move to Anmer Hall soon. Anmer, which is located at Queen Elizabeth’s Sandringham estate, is much more private than Kensington and would provide a good cover for Kate as she prepares for her second pregnancy. Originally Queen Elizabeth was against the move away from London’s Kensington Palace, but Kate won the monarch over. In fact, Prince Williams new job with The East Anglian Air Ambulance, is based in Cambridge, much more convenient  located  near Anmer Hall. And although the palace still refuses to confirm Kate’s pregnancy, we took that as confirmation that she’s already expecting.

Then, Kate suddenly started making more public appearances over the last two weeks, and her bloat and weight gain suddenly disappeared. She started looking like herself again, which in turn sparked the miscarriage rumors. Now, this one I’m more hesitant to believe, only because I don’t think Will and Kate would have the enthusiasm to be making public appearances if Kate just suffered a miscarriage – and they are making a LOT of public appearances recently.

Plus, Kate’s going to be traveling abroad for a wedding in Italy next month, and would the royals take that risk of she really was pregnant? Kate’s first trimester is bound to be difficult, especially with her morning sickness, and I don’t think the palace would risk sending her to Italy if she was pregnant.

So in the end, I think we safely say that Kate will definitely be expecting within the next six months, but she’s not pregnant right now.