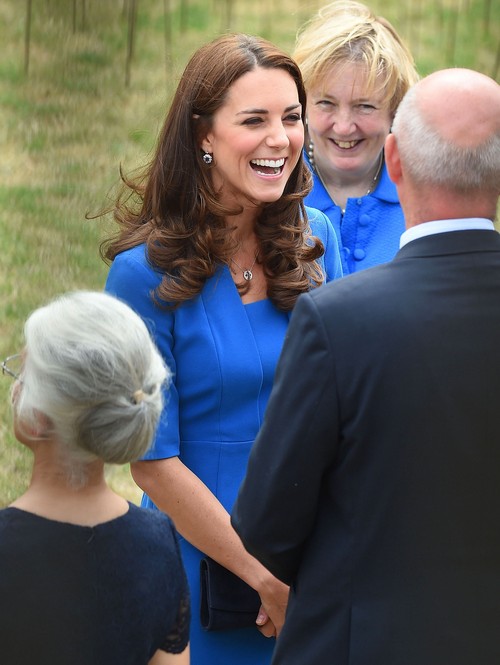 Kate Middleton pregnant rumors took a turn after she was spotted hunting for bargain baby clothes. At the same time, some royal insiders slammed the miscarriage rumors while others agreed, so I think that confirms that Kate is pretty close to getting pregnant, if not pregnant already.

First things first – no matter what anyone says, we know Kate and Prince William want to get pregnant soon. And better yet, we know they’re actively trying to get pregnant. However, the amount of public appearances they’re making seems counter-intuitive to the whole privacy thing. How are they going to keep Kate’s pregnancy under the radar if they’re scheduled to make public appearances every other week?

Then again, Kate won’t start showing until late into her first trimester. Yes, we initially assumed that her upcoming trip to Italy for a wedding meant that she couldn’t possibly be pregnant, but perhaps her health concerns have been assuaged by her medical team. When she was pregnant with Prince George, her morning sickness and health issues came on suddenly and unexpectedly. But now, the royals and their physicians know what to expect, and they’ve no doubt prepared for such a contingency.

Plus, Kate’s not going to go shopping for baby clothes for no reason, right? Prince George is getting too big to fit into baby clothes much longer, so Kate clearly anticipates that they’ll have another baby soon. Really, it’s all on her and William, and their reported move to Anmer Hall just proves that. They know Kate’s close to getting pregnant again, and they want to carry out the pregnancy in privacy – not in Kensington Palace, where they’ll be constantly gawked at, stalked, and relentlessly photographed.

Editor’s Note: we need to warn readers that The Palace generally does not comment on rumors – so beware of sites telling you that this or that rumor was ‘confirmed’ – The Palace will confirm and make an official announcement regarding The Duchess of Cambridge’s pregnancy only when it is warranted.