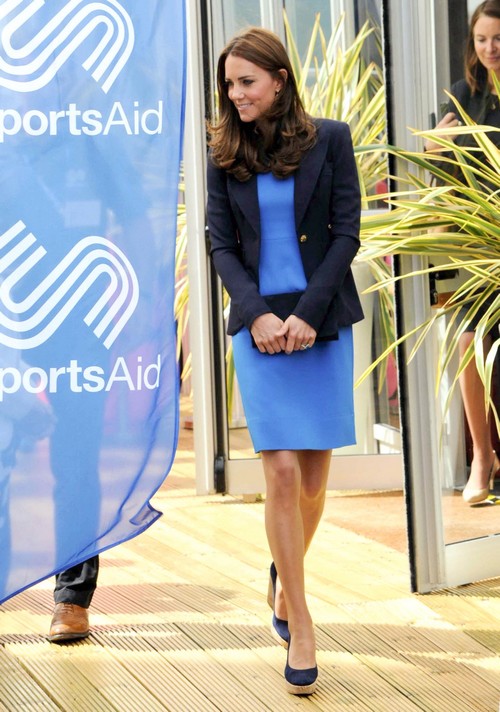 Is Kate Middleton pregnant with baby number two? That seems to be the question of the hour. A slew of clues have emerged, and they are all pointing to a little brother or sister to Baby George, but the Palace still hasn’t confirmed that Prince William and Kate are expecting.

First Prince William publicly stated that he wanted Kate to be pregnant with baby number two by Christmas 2014. Then, multiple Royal Family insiders leaked information that Prince William and Kate Middleton began trying for their second child after their Australian Tour (which was nearly four months ago). So, there is a chance that the Duchess is already through her first trimester of pregnancy.

And, we can’t forget the damning evidence from Kate Middleton’s ex-BFF Jessica Hay. For those of you who don’t recall, Hay leaked information of Kate’s first pregnancy right before the Palace made the royal announcement and was 100% correct. Now, Jessica Hay has come out of hiding and announced that Kate Middleton is expecting baby number two. The Palace released a statement denying that Jessica Hay and Kate Middleton are still friends, however they sneakily forgot to deny that Kate Middleton was pregnant.

GLOBE Magazine recently reported that Kate Middleton suffered a miscarriage, and had lost baby number two. We are really hoping that is not the case, but the fact that Will and Kate took the month of August off and are staying in the UK at super private Anmer Hall means there could be some truth to that report. However, it also could mean that Kate Middleton is truly pregnant and she is suffering from another case of severe morning sickness and needs to remain close to the royal medical team. It could also mean that Kate simply wants to control paparazzi access to her growing baby bump.

Right now, the royal baby watch is basically a waiting game. We can speculate all we want, but at the end of day, we are all sitting here waiting for the Palace to make an official announcement regarding Kate Middleton’s highly speculated pregnancy. Do you think Prince William and the Duchess are pregnant with baby number two? Let us know in the comments below!