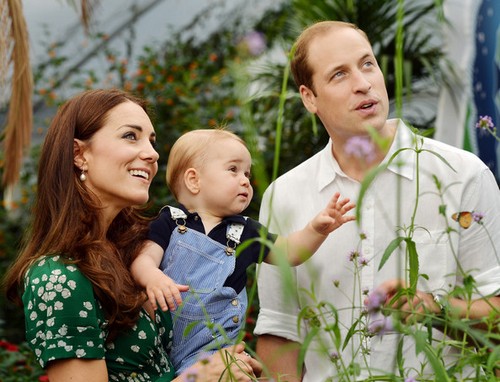 At this point, we could probably write our own book on the topic of Kate Middleton‘s pregnancy. The rumor mill has gone back and forth on the subject, with the most recent story coming from Kate’s supposed friend, Jessica Hay. The palace has refused to comment on Kate’s pregnancy, but they’ve also released several reports about how Jessica is no longer in contact with the Middletons. Are they trying to discredit her, or are they trying to send us a message? In the past, they would have just denied the rumors, but I think everybody and their mother knows that an actual pregnancy announcement isn’t that far away.

If Kate actually is pregnant, that means that their press office is just playing cat and mouse with the media. If she’s not pregnant, then they’re going out of their way to make you think that she is pregnant. Either way, it’s a win-win for them. Kate gets to be pregnant one way or another, whether it’s through media fabrication or real life. And eventually, the truth will come out.

We also know that Kate and Prince William are trying for their second baby, thanks to Vanity Fair. By tradition, Kate and Will have to provide the throne with the spare, and they have to do it soon. Since they’re already ‘trying’, then we’d have to assume that they will be successful soon, if they’re not already. Furthermore, new rumors have arisen that The Duchess of Cambridge is carrying a baby girl. Both Prince William and Princess Kate have addressed their desire to have a little sister as a second child to join Prince George.

Kate got pregnant very quickly with Prince George after her wedding, and I don’t think it’ll take them long to conceive again if that’s what they want. And soon, we’ll have another chubby cheeked royal toddler running around and trampling all over bilbies and stuffed toys.