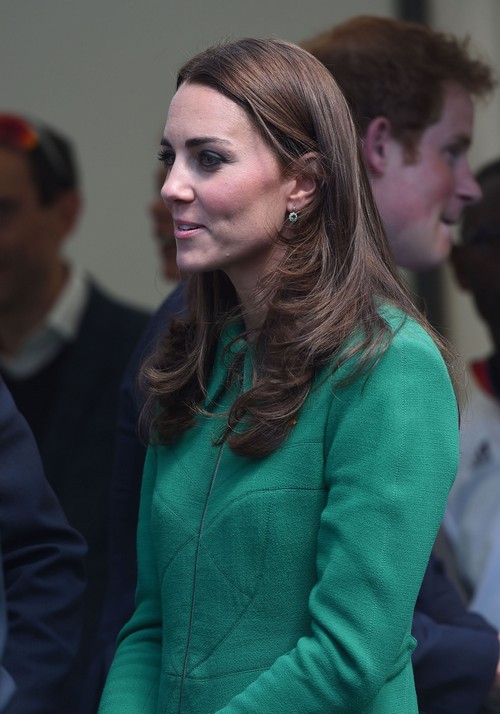 Is Prince William’s wife Kate Middleton pregnant with baby number two? General consensus is…yes. There is most likely another royal bun in the oven. The media has been on baby bump watch for weeks now, since Prince William revealed he wanted to have another baby by Christmas. And, multiple sources have reported that William and Kate were going to start trying for baby number two as soon as their Australian tour ended, which was nearly two months ago.

Jessica Hay, a self-proclaimed “friend” of Kate Middleton announced that she is indeed pregnant with baby number two. Hay told The Hollywood Gossip that, ““I’ve heard from several different friends of theirs now that they’re saying that they think there’s going to be an official announcement in weeks. Kate’s face is fuller like it was when she was first expecting George. Whenever she’s out in public she goes to great lengths to hold something over her tummy.”

A representative from the palace tried to quickly do some damage control after Hay made her statements, and told ET Canada that Hay and Middleton haven’t spoken to each other in years. Ironically, the Palace rep didn’t deny that Prince William and Kate were expecting, just that Kate is friends with Jessica Hay. It should be noted that back in 2012 when it was revealed Kate Middleton was pregnant with Baby George, Jessica Hay had already leaked the information to multiple news outlets, and she turned out to be correct that time.

Rumors are always circulating that Kate Middleton is pregnant, or trying to get pregnant. But considering the intensity of the media circus this time, there is most likely some truth to the reports. Not to forget that British bookmakers suspended betting on Kate’s pregnancy this week after a rash of betting activity spooked them out! Do you think Kate Middleton is pregnant with baby number two? Let us know in the comments below!