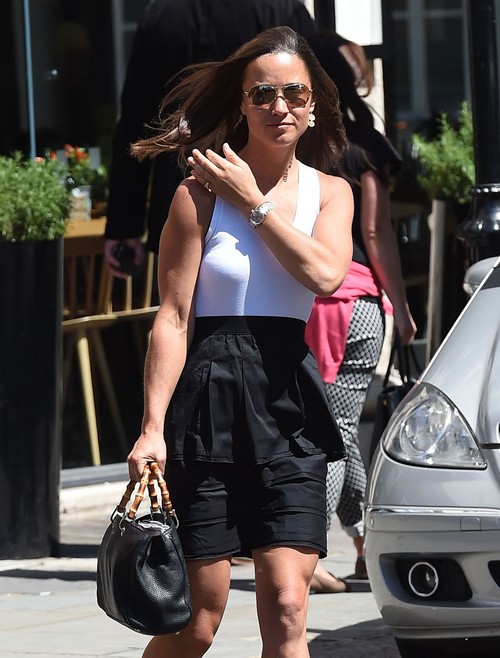 Rumors of Kate Middleton‘s pregnancy have taken on a life of their own lately, and for good reason. We got confirmation via The Vanity Fair that Kate and Prince William were trying to get pregnant with their second child this summer. And since it’s now summer, then the chances of Kate being pregnant are pretty high,  no?

Plus, we’ve now received additional confirmation that Kate has indeed become pregnant with her second baby. Kate’s longtime friend Jessica Hay confirmed to New Day that Kate is indeed expecting, but she and Will won’t make the announcement for another few months until she starts showing.

Jessica explained, “Kate’s inner circle are buzzing with the news that she is pregnant. I’ve heard it from several different friends of theirs now and they’re saying that they think there’s going to be an official announcement in weeks.”

Now, most people are quick to dismiss this as another false alarm, but remember, Jessica was the one who confirmed Kate’s pregnancy in 2012. She was the one who said that Kate was pregnant with Prince George, weeks before the royal confirmation came. And I’m pretty sure that the royals only confirmed it because of Jessica’s announcement and how much speculation came with it.

They might be forced into a similar situation here, especially since Jessica’s word carries a lot of weight with the media. But to be honest, I doubt that Kate would trust her with such a bombshell when she’s proven that she can’t be trusted.

With that being said, I’m sure that Kate and her family are still in touch with Jessica, and rumor has it that it might have been Pippa Middleton that leaked the news to Jessica. Jessica does mention that she’s heard it from ‘several different friends’, but she might be protecting Pippa’s name in the middle of all this.

What do you guys think? Is Pippa the culprit for the pregnancy news leaking? Or does everyone know, and the word just happened to get to Jessica? Kate’s face has changed over the past few weeks, and she definitely looks like she’s pregnant. Either way, we’ll get official confirmation soon enough – whether through the palace, or through Kate’s baby bump.

Pippa Middleton leaves a restaurant after enjoying lunch in London, England on July 14, 2014. Pippa’s boyfriend Nico Jackson is reportedly taking a job wih Jabre Capital and will be moving to Geneva to work- making their relationship long distance.