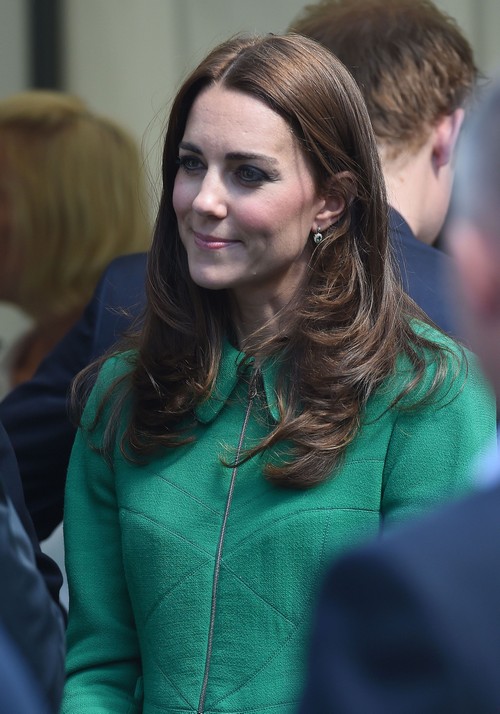 Looks like Jessica Hay may be going 2 for 2, despite the palace’s attempts to discredit her information. Jessica recently revealed that Kate Middleton and Prince William were expecting their second child, even though she was probably blacklisted after her revelation regarding Kate’s first pregnancy two years ago. However, it’s also been reported that bookies all over England are now betting on Kate’s second pregnancy, and if there’s one thing that bookies don’t take unnecessary risks on, it’s the birth of the spare.

They’re not going to risk millions of dollars (or pounds!) on the off chance that Kate isn’t pregnant, so I’m guessing their sources are pretty solid. Those guys will pay anyone off for the tip-off, and that includes nurses, nannies, palace sources, and anyone at the doctor’s office. I’m sure that people outside of Kate’s inner circle know about her pregnancy, especially if Jessica freaking Hay found out about it.

Basically, what happened was bookmakers Coral were forced to suspend betting on the royal pregnancy after a series of rapid bets were made overnight. Before this happened, Coral had been offering odds of 10 to 1 for Kate announcing her second pregnancy in July, but that was slashed to even money and then pulled completely. However, a Coral spokesperson tells the Daily Mail, “With Prince George’s first birthday just around the corner, the latest gamble strongly indicates that he could soon be joined by a little brother or sister. In fact, there could even be double celebrations in the Windsor household next Tuesday.”

The odds on a July pregnancy have gone from an 8/11 to 4/1 practically overnight, but betting has temporarily been suspended after it got out of hand. Again, these people clearly know something, especially if they’re actually taking the effort to suspend betting and lose out on potential customers. And from all this buzz and speculation, it’s becoming more and more likely that Kate actually is pregnant.