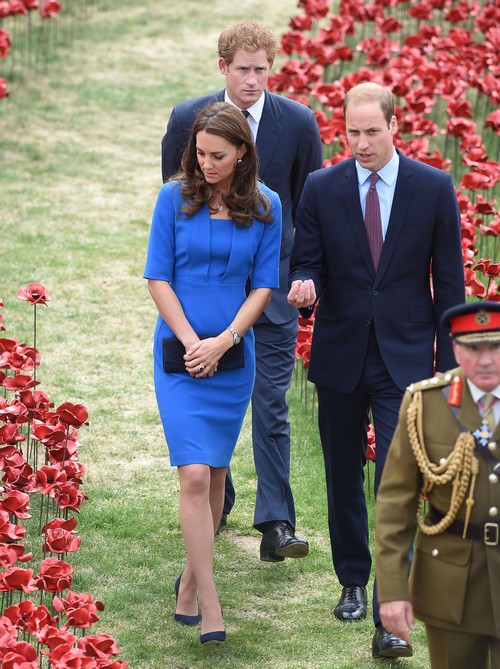 Rumors of Kate Middleton‘s second pregnancy have spawned endless theories and speculation pieces, but is the Duchess of Cambridge actually pregnant? We’ve taken a look at all the evidence, and we know that she and Prince William are trying for their second baby right now. But with the latest news confirming that Kate will be attending a wedding in Italy next month, there’s just no way that she’s pregnant just yet. Sorry baby bump conspiracy theorists – we wanted you to be right, we did!

The other question is whether or not Kate Middleton suffered a miscarriage with her second child pregnancy? Well GLOBE reported that Kate and Prince William had to find the strength to deal with their loss so as far as we know, Kate very well could have lost the baby.

Plus, Kate’s recent bloat and weight gain was probably just that – bloat and weight gain. I mean, she’s a woman, and she’s subject to all the random hormonal crap that causes those kinds of changes. Not to mention, she has a little toddler that she’s constantly running after, and she probably let herself go a little. But even during her most recent appearances, that tell-tale pregnant bloat is completely absent. She looks fit and skinny, and she’s the picture of glowing health – something that she definitely wasn’t when she was initially pregnant with Prince George.

We all know Kate gets pretty bad morning sickness when she’s pregnant, right? She was even hospitalized for it, and there’s no doubt that something similar will happen when she gets pregnant with the spare. However, there’s simply no way the royals would be willing to send Kate to a wedding in Italy next month if there was even a remote possibility of her getting sick there. For one, there’s no way they would be able to cover that up from the press. And for another, you think they’ll risk upsetting Kate’s health and the future of her unborn child by sending her to a wedding? When she finally gets pregnant, the royals have made it clear that they will control the announcement and the news. This is also evidenced by Will and Kate planning their move to Anmer Hall, where they’ll be able to carry out Kate’s second pregnancy in relative privacy.

Prince Harry attends a photocall ahead of the Invictus Games at Potters Field Park on August 13, 2014 in London, England.