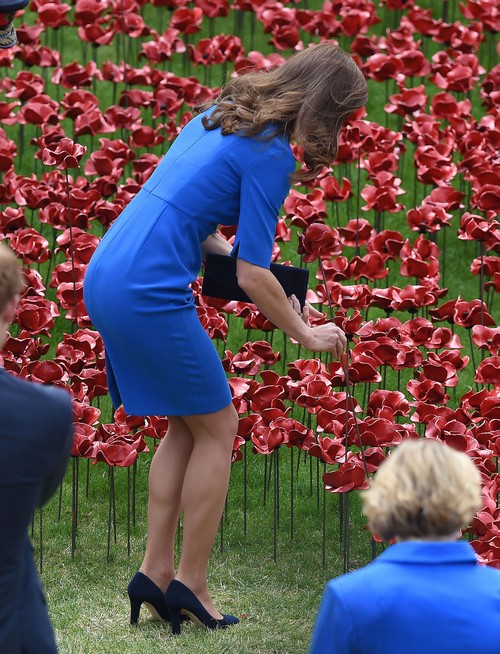 It has already been a really long pregnant rumor summer for Kate Middleton. Every single day her ‘baby bump’ waistline has been subject to public scrutiny. Royal watchers and media outlets alike have flip-flopped on whether or not The Duchess of Cambridge was pregnant with baby number two, still trying to conceive or had suffered a crushing miscarriage. The answer seemed to change depending on who you asked and the palace never confirmed anything. The reality is that as of now Kate is looking super skinny and is less focused on a baby bump than the rest of us.

There seems to be a real possibility in the notion that Kate miscarried and if so then she is wisely taking some time to refocus on exactly what is in front of her- Prince William and her stunning baby George. This past year has wrecked a bit of havoc on the family beginning with that move to Kensington Palace last fall. While it seemed like a good idea to be closer to the royal family, the reality is it has been extremely different. Rumor has it that Queen Elizabeth has been very vocal about how George should be raised and while she has taken steps to modernize the monarchy, some of her parenting strategies are still stuck in the dark ages.

Then there is Camilla Parker-Bowles, Kate’s obvious nemesis. These two women will never truly get along and Kate is undoubtedly more on guard when Cami is nice to her rather than lashing out on an alcoholic rant. Kate and William’s solution has been to get out of the city- fast. They are moving their small family to their estate at Amner Hall, basically in the middle of nowhere. Kate is quite anxious to be surrounded by a peaceful country life and we have heard that their kids may even be home schooled.

We all know that moving is stressful so it seems kind of unlikely that at this moment Kate is planning on baby number two. Our guess is that as of now royal watchers are going to have to wait a few more months for news of another addition to Kate and William’s family with a second child pregnancy. Do you agree that Kate and William appear to have refocused their attention on other things for the time being? Tell us in the comments below!

Update: News that Kate Middleton along with Prince William and Prince Harry will be attending their pal Charles Gilkes’ wedding in sunny Italy in September confirms that Princess Kate is not yet pregnant. The Duchess of Cambridge would never be making plans to fly to Italy, given her propensity to serious morning sickness, if she were pregnant right now with her second child.