We have been hearing for at least six months now that Kate Middleton is expecting another baby and there has never been anything to back up those claims, until now. The most recent rumblings do seem to have some validity though, enough to make me think that Kate really is pregnant. First we were clued into the fact that she and Prince William would love to welcome a new baby into their growing family at any point next year. It was rumored that they were going to start trying to conceive again after William wrapped up his 13 week course in Agriculture and that their solo trip back in March was to commemorate a new page in their marriage.

There was a report from a pretty solid source that Kate told close family members that she was expecting during her April trip down under and it may have also prompted Queen Elizabeth to send her that hand written letter praising her contributions to the royal family and to declare her ready to be queen. Still we were simply looking at speculation up until the last few weeks. Kate opted not to travel to Memphis for one of William’s best friends’ weddings. A move that was a bit bizarre on her part. They usually operate as a couple for weddings and this one of the only times one of them sat out a major life event for a friend.

Also interesting was Kate being a no-show for Ralph Lauren’s charity dinner at Windsor Palace. She is known to be a fan of the designer and is often spotted in his designs so it made absolutely no sense for Kate to stay home with the baby rather than spending a few hours with a man that she considers a fashion guru, right? Unless of course she really is pregnant. If that’s the case then she would be at about the same point in her pregnancy that she was at when extremely sick while carrying Prince George. So her behavior is actually starting to mirror that of a woman who is dealing with morning sickness while chasing after another baby!

What do you guys think? Is Kate really pregnant this time? Are the current crop of rumors right? Tell us your thoughts in the comments below!

Is this why Queen Elizabeth has such a big smile? 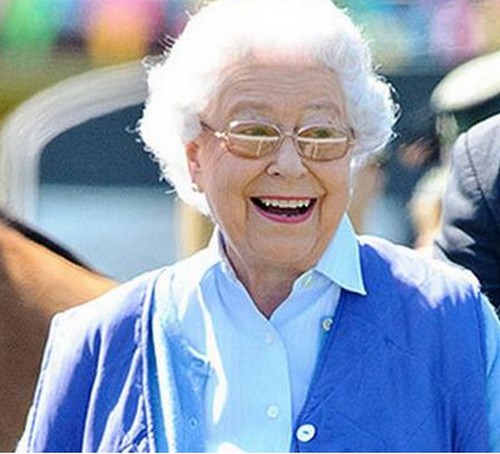