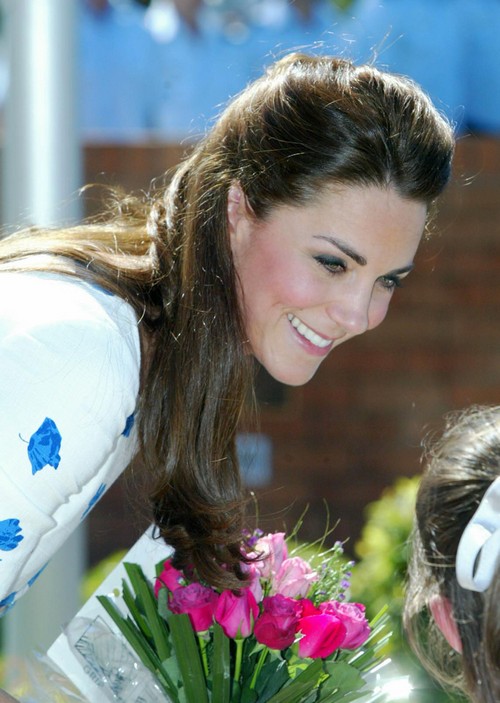 Wait, what? Kate Middleton had the opportunity to be the center of attention at a Ralph Lauren charity event at Windsor Castle and she was a no-show? That is totally out of character, don’t you think? I mean the duchess has never met a fashion designer that she doesn’t adore and how often is there a runway show at the castle? Plus Kate has proven to be the kind of royal that shows up and does her job as long as she is mobile, so something huge had to be brewing.

Ralph Lauren was said to be miffed when he found out that Kate wouldn’t be in attendance – so miffed that he at least momentarily wanted to cancel the entire event. Of course that didn’t happen and the show went on as originally planned but I’m thinking that Lauren might be a little more forgiving of Kate’s absence when he learns the reason. Sources close to the royals say that Kate is indeed pregnant with baby number two and the morning sickness is already wrecking havoc on her body as well as her schedule.

It makes perfect sense that the only thing that could possibly keep Kate from a high fashion event would be the fact that she was likely slumped over the proverbial porcelain throne. The royal watchers’ will be ecstatic to know that after months of insisting that the super skinny duchess is pregnant they are finally at least speaking the truth! How long do you think it will be before the palace confirms the great news? Kate was barely 6 weeks along with Prince George when they issued a statement. Do you think it’ll be as quick this time? Tell us your thoughts in the comments below!